Santino Ferrucci will enter the Indianapolis 500 with Rahal Letterman Lanigan Racing, creating a lineup of drivers who took three of the top four spots in last year's race.

Ferrucci will drive the No. 45 Honda at Indianapolis with sponsorship from Hy-Vee. The Midwestern supermarket chain will also be the primary sponsor in two IndyCar races this season for Graham Rahal and an associate sponsor on Rahal's car the entire year.

“They're definitely trying to stack the deck,” Ferrucci said of RLL's lineup for the 105th running of “The Greatest Spectacle in Racing" on May 30. "I don't think they could have built a better driver lineup and this is probably the best opportunity I've had at Indianapolis.”

Ferrucci joined the IndyCar Series with four races remaining in the 2018 schedule and ran the last two full seasons. He was the Indy 500 rookie of the year in 2019 with a seventh-place finish and trailed only the RLL cars and runner-up Scott Dixon in last year's race.

Sponsorship woes led Ferrucci to explore a move to NASCAR this season and he's so far run four Xfinity Series races with upstart Sam Hunt Racing. He was scheduled to race Friday night at Martinsville Speedway but will instead participate in the open test at Indianapolis Motor Speedway on Thursday and Friday.

His next Xfinity Series race will be in June at Pocono Raceway, which gives Ferrucci the next six weeks to prepare for the Indy 500.

“That was my commitment to Rahal, to be 100% committed and fully focused on the Indy 500,” Ferrucci said.

Ferrucci refused to close the door on IndyCar as he began the transition to NASCAR and has worked all offseason to put together at minimum a ride for the Indy 500. He would add more IndyCar races to his schedule if the opportunity was presented, and he's currently hoping for at least five more Xfinity races after Pocono in June.

His best finish in NASCAR was 13th at Las Vegas, followed by a pair of 15th-place finishes at Phoenix and Atlanta. The IndyCar season does not begin until April 18 and there are just two oval races — both at Texas Motor Speedway — before the Indy 500 on Memorial Day weekend.

“I feel like I've almost got a leg up in a lot of ways because my primary focus to start this year has been nothing but ovals,” Ferrucci said. “Even though it's a completely different category and type of racing and literally a different a way of life, I've just been so focused on working on my driving style and skillset for ovals. I think I'm actually going to be in really good shape for the 500.” 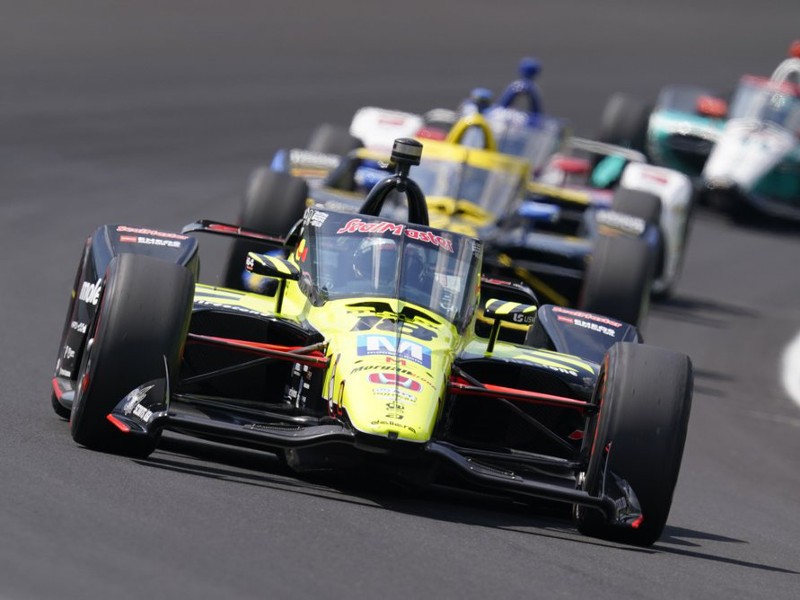 FILE - Santino Ferrucci drives into turn one during the Indianapolis 500 auto race at Indianapolis Motor Speedway in Indianapolis, in this Sunday, Aug. 23, 2020, file photo. Ferrucci has landed a ride for the Indianapolis 500 with Rahal Letterman Lanigan Racing. The team finished first and third in last year's race with Takuma Sato and Graham Rahal, while Ferrucci was fourth. Now RLL will return to Indy with a driver lineup that claimed three of the top four spots a year ago.(AP Photo/Darron Cummings, File)