A serious accident in Hall county shut down State Route 60 for much of the afternoon and into the evening. Five vehicles were involved in the crash that sent four individuals to the hospital. The accident occurred at 1:56 p.m. this afternoon when a tractor trailer hauling large construction beams hit several of those vehicles.

The driver of the tractor trailer, 66-year-old Lloyd Mitchell Crane of Murrayville, also had serious, but non-life-threatening injuries, and was taken to Northeast Georgia Medical Center.

Two other individuals, a driver and a passenger from one of the other vehicles that was hit, were also taken to the hospital with minor injuries.

The Georgia State Patrol says it does not appear drugs or alcohol were involved, but the driver of the tractor trailer is facing charges. 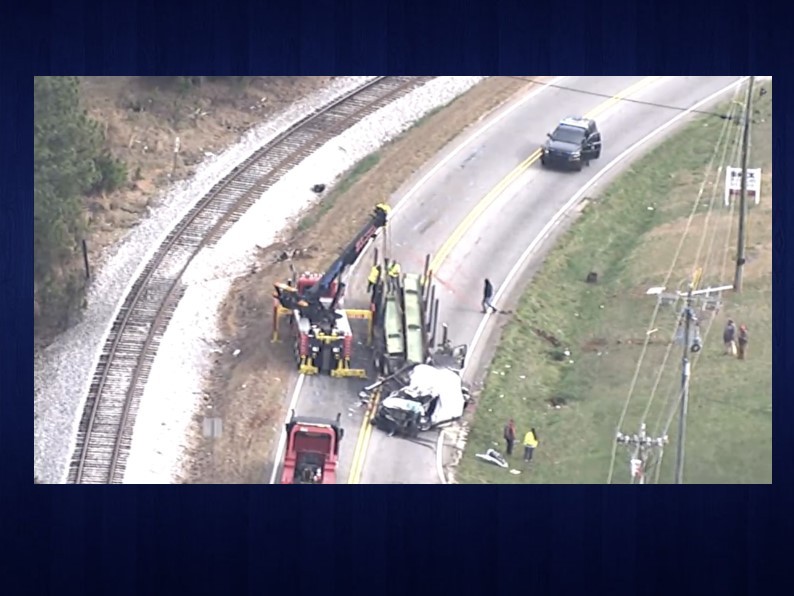