Christopher Bell made the final pass on Joey Logano for the lead coming to the white flag of Sunday’s NASCAR Cup Series race on the Daytona International Speedway infield road course.

Bell then pulled away from Logano, who was racing on worn tires, to score his first career series victory in his 38th career start.

“It feels like I’ve prepared my whole life for this moment to race in the Cup Series,” Bell said. “Last year was a huge learning curve for me, and I’m very grateful that I got the opportunity to run in Cup. It definitely prepared me to move for Joe Gibbs Racing.”

The Norman, Oklahoma driver spent most of the final portion of the race trying to catch leader Chase Elliott, his No. 20 Toyota seeming to be the only car that could compete with Elliott’s dominate Chevy.

“It’s just seat time and experience and doing it,” Bell said of competing on road courses. “They’re a lot of fun. They’re fun to run. Last year, I guess the two years in Xfinity, we got a bunch of road courses run so that probably helped me out a lot. This year we got nine of them I think so better get good at it.”

The race took several turns in the final 14 laps, when a brief rain shower over portions of the speedway led NASCAR officials to throw a caution to give teams the option to switch to wet weather tires.

Elliott and Bell were two of the drivers to hit pit road for fresh dry weather tires, as the wet weather was moving away. Eleven cars, led by Logano, opted to stay on track and get track position.

Logano pulled away from the field, while Bell and Elliott began working back to the front. Elliott had problems, first running off track while trying to race three wide with Corey LaJoie. Elliott’s day was further derailed when he spun in turn 6 as he tried to run for fifth position with Denny Hamlin and Brad Keselowski. Elliott would finish 21st.

“When you have those late-race cautions like that and you have a mixed bag of who stays and who goes, it’s a bit of a gamble either way, I felt like,” said Elliott. “I thought tires was the right move. Tires won the race, so I think it was the right move. You get back in traffic and it just gets to be so chaotic, and then just depending on who gets through and who doesn’t kind of determines how it’s going to shake out.”

Meanwhile, Bell moved steadily forward on his fresh tires. Ahead of him, Logano’s tires were giving up grip. With two laps to go, Bell found himself closing on the leader. As the two raced through the front stretch chicane coming to the white flag, Bell was able to make the pass to take the lead, and went on to the victory.

“Whenever we pitted and then we came out, I liked where we lined up, but then the yellows kept coming and I thought the yellows were hurting me because I felt like I needed laps to get back up through there,” said Bell. “Honestly, I didn’t think I was going to get there, but Adam (Stevens, crew chief) up on the pit box kept telling me I was going to get there. I didn’t believe it, but he really struggled coming out of (turn) six one time and allowed me to close the gap. I just wish my wife was here to celebrate with me.”

Logano held on to finish in second.

“I was trying to keep him behind me,” said Logano. “We gambled by staying out and then I’d say it paid off overall, but you just hate being so close and one lap away. He started catching me a second a lap and it wasn’t like I blew any corners or anything, he was just faster. We just got beat, plain and simple. We’ve got to get our long run speed faster. We made some gains and gotten better with our Shell/Pennzoil Mustang. We’ve just got to be able to find a way to keep our rear tires on these things on the road courses. We’ve identified the issue, now we can go to work.”

Hamlin finished in third. Kurt Busch – who was leading at one point before spinning after hitting a curb, sending him sliding through the grass – recovered to finish in fourth, with Keselowski in fifth. 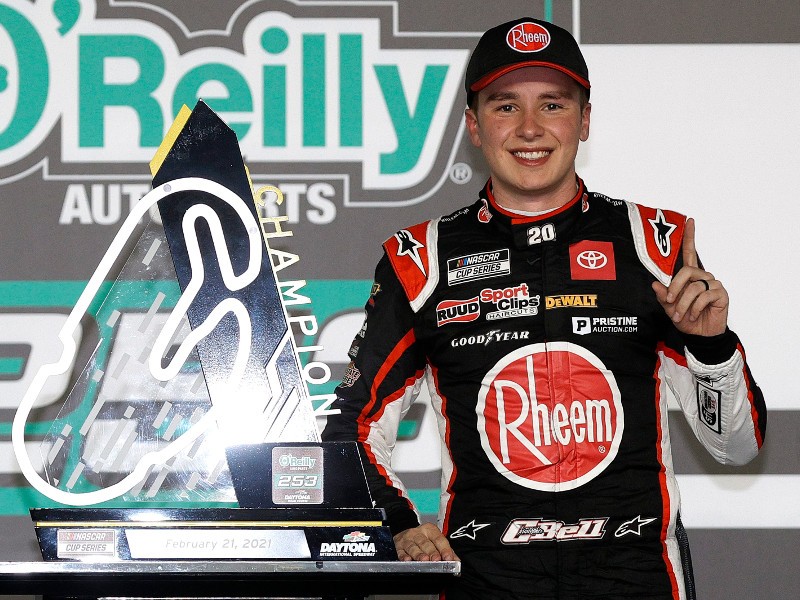 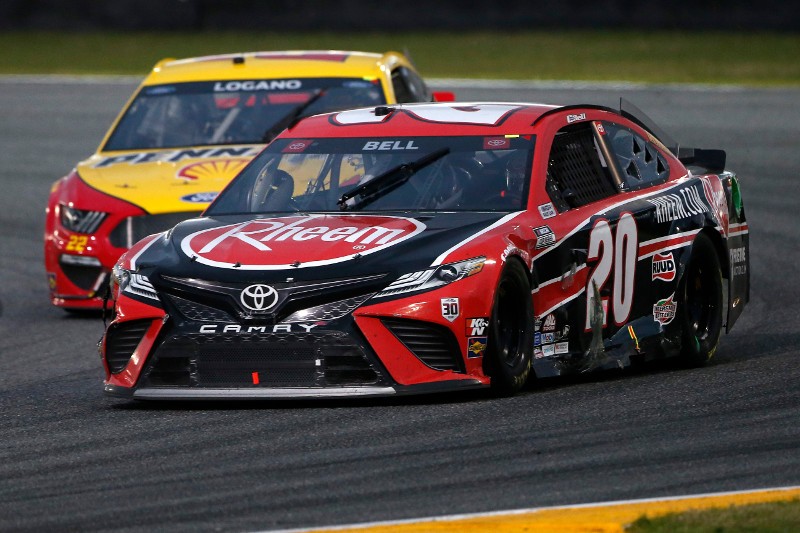 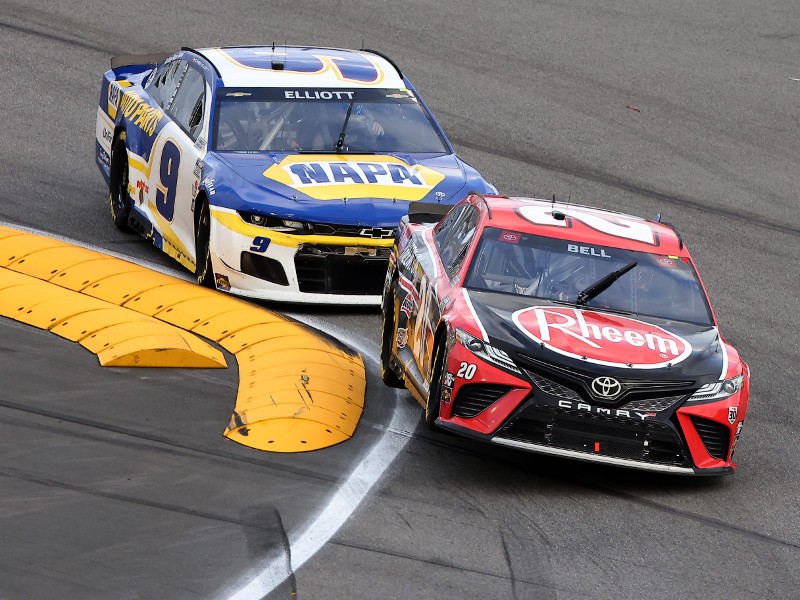