Hall commissioners, election board at odds over appointments

But at least one member of the Hall County legislative delegation said Wednesday he would not support the proposal until all sides reached an agreement.

The legislation, if approved, would require both the local Democratic and Republican parties to nominate seven people to serve on the board. The county commission would then choose two from each list. Commissioners would continue to appoint the chairman.

Currently, the two political parties name two people to the board and the commission appoints the chairman.

County Attorney Van Stephens said the change is necessary to bring the county in line with a 2018 Georgia Supreme Court ruling that said people serving on local boards or authorities must be appointed by elected officials.

"This (election) board does not have the power to appoint the officials," Stephens said Tuesday at a board of elections meeting. "So this issue is not really within your realm of responsibility or duty or power."

But Tom Smiley, the board's chairman, said he has consulted two lawyers with constitutional expertise, and they told him the 2018 law is not necessarily applicable here. Smiley said he believes the current process for choosing board member is legal, and he said it is being done in about 50 other counties.

"The Georgia legislature made up the rules by which we are to operate in 2014," he said. "The Hall County administration nor the Hall County Board of Elections to my knowledge has not been contacted or notified by the secretary of state, the attorney general or the state legislature that our present system in unconstitutional. I've not gotten one call."

Smiley said his objections go beyond the change in how members are chosen. The proposed legislation also makes additional changes to the election board's governing document, including the addition of terms limits for board members and the ability for commissioners to remove election board members from their post for any reason.

"The way this is worded, they can just remove someone who made a decision they didn’t like," Smiley said. "They're trying to control elections in our county."

Smiley was also concerned that the legislation does not specifically say that a removed member must be replaced by someone was the same party. Without that provision, he said, the county could end up with an unbalanced board.

Smiley met last Tuesday with Stephens, County Administrator Jock Connell and Chairman Richard Higgins and was told about the changes. He was also given a copy of the proposed legislation. Two days later, county officials presented it to members of the Hall County legislative delegation, asking them to act on it during the next session, which begins in January.

State Rep. Lee Hawkins said he did not believe the legislation would be introduced until the two sides reach some kind of agreement.

In separate interviews Wednesday, Higgins and Commissioner Shelley Echols said their intent was to make the appointment process in line with the 2018 court ruling. Both said they would be willing to consider changing the term-limit section and requiring commissioners to remove members only for cause.

"It should be if there's something, an egregious act or something like that, where you can take someone out," Higgins said. "You can't just to it because you don't like that person."

Echols said she wanted to make certain Hall County elections were secure and protected from legal challenges, but she said she is willing to reconsider some language in the proposal.

"The last thing we intended was to create controversy over this, because our top priority is just to ensure that our process is aligned with the state constitution so they integrity of our elections is preserved," Echols said.

In May, a settlement was reached in which both parties jointly share supervision over the elections director. 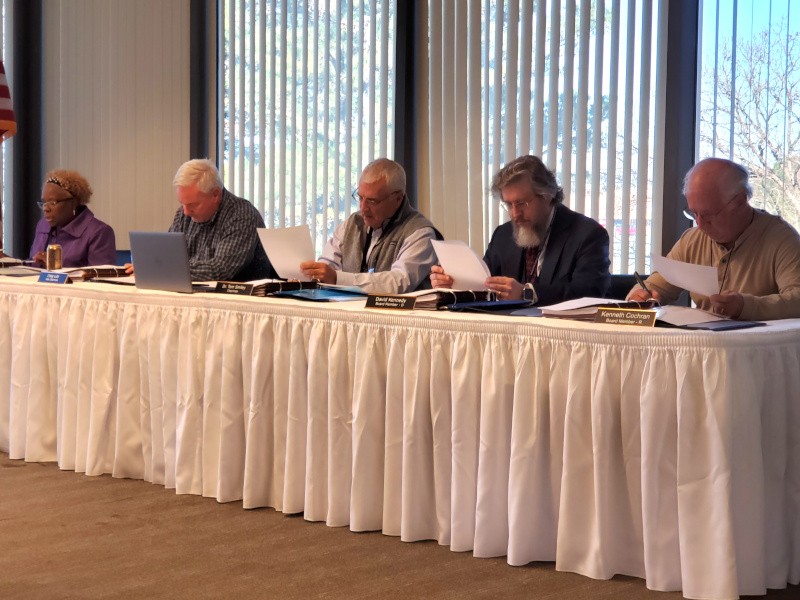