The Fast Lane: Dangers of rubbernecking

By Caleb Hutchins I video by: Lauren Hunter

If you're driving around looking at Christmas lights this holiday season, you should probably avoid looking at them too long.

Looking at something outside of your lane of the road is a dangerous form of distracted driving known commonly as "rubbernecking" and it's most likely attributed to crashes or police activity on the side of the road. Gainesville Police Officer Erik Ellis said when people start rubbernecking, it can create problems for everyone on the road.

In addition to that, Ellis said a driver who isn't looking at the road in front of them immediately becomes at risk of being involved in an accident themselves.

"When you're looking off to the side, you do run the risk of side-swiping another vehicle," Ellis said. "It also puts a lot of pedestrians at risk. You're not paying attention to traffic signals ahead and you could end up injuring pedestrians, motorists and causing property damage as well."

Ellis said it's fine to look briefly at something near the road like Christmas lights or an accident, but the problems start to come when people stare and become distracted. He said it's a problem that they deal with year-round.

"We deal with over 3,000 accidents a year in Gainesville alone and some of it is attributed to rubbernecking," Ellis said. "People are curious by nature, so just about everybody is looking."

Rubbernecking can prove costly financially as well. Ellis said if you're involved in an accident while rubbernecking, you'll be cited for distracted driving which can put you in high-risk insurance categories.

To hear more from Gainesville Police Officer Erik Ellis on the dangers of rubbernecking, click play on the video above. 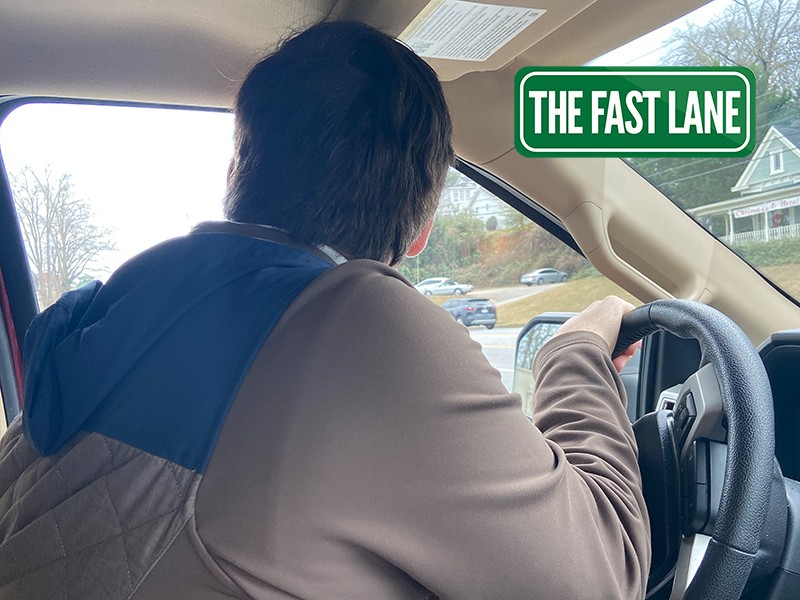