“Without a doubt, that solidarity and empathy that you have as a generation may be the most important asset in the fight for human rights,” she said. “You are a more compassionate generation with a greater commitment for justice. A more emphatic generation that wants to transform what is wrong, willing to learn from the past and build collectively to guarantee the rights for all.”

One of Brenau's newest alumni, Tiffany Collier, earned a nursing degree but had to miss walking across the stage in order to fulfill her duties as an Air Force medic recently activated in New York as part of the response to the newest coronavirus variant. Collier said while she was devastated to miss walking across the stage, she knew she was still making a difference.

“As much as it pains me to not be there to walk across the stage with pride, my life, my job and my sacrifice are bigger than me,” said Collier, whose husband, D’Michael, and her children accepted her diploma on her behalf.

Collier commuted back and forth from her classes at Brenau to New York as she earned her degree alongside her career. She also parented her four children, all under age 10, even giving birth to her son hours after a final exam. As the only one of her siblings to become a college graduate, Collier said it was important for her family, especially her children, to see her succeed.

Collier, who has served on three special missions while in school, encouraged other military students to keep going.

“Remind yourself constantly of why you’re doing what you do and understand that sometimes you have to go through something to get to something,” she said.

“It is an understatement to say that the last almost two years were a challenge, but they did not deter you,” Skleder said. 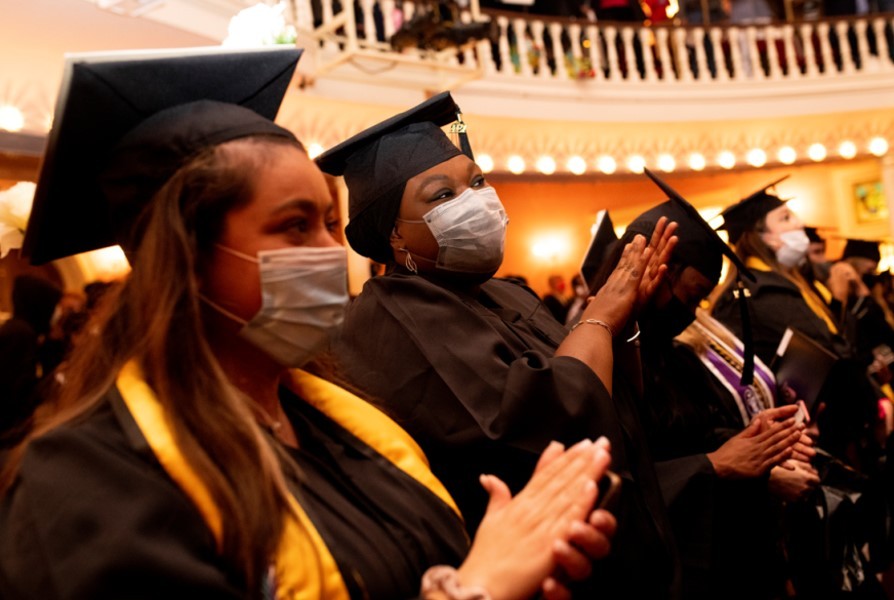