According to a press release from the Gwinnett County Fire Department, crews responded just after 9 p.m. to the home in 450 block of Highgate Drive in Lawrenceville after a caller stated to 911 her husband had locked himself in a bedroom and set something on fire.

The rest of the family escaped the home, but the caller believed her husband remained inside. Responding crews encountered dark smoke but no visible fire. "Conditions quickly deteriorated and two firefighters called a 'mayday,' signaling to those on scene that they were in trouble," said the press release. "The firefighters were quickly found and were led out of the structure to awaiting med crews for evaluation. The incident commander followed established mayday procedures and all crews reported in for accountability."

Once everyone was accounted for, the fire was brought under control. The two firefighters suffered non-life threatening burns. The male resident was outside of the home when firefighters responded and admitted to setting the fire, but claimed it was an accident. He was taken into custody on scene and faces felony arson and domestic violence charges.

It was later determined the fire had been set in an upstairs closet while the man's wife, children, and mother-in-law were in the home. The wife was alerted by smoke alarms. 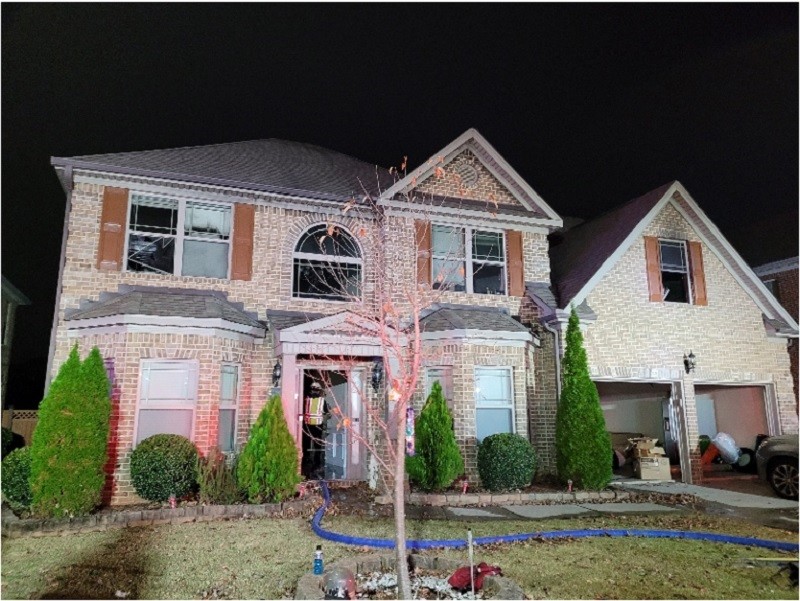