Jonathan Davenport made it a home state sweep in Lucas Oil Late Model Dirt Series action over the weekend.

The Blairsville, Georgia speedster scored the win on Saturday night at Dixie Speedway in Woodstock, Georgia, and then followed that up with a victory at Georgia’s Rome Speedway on Sunday night.

On Saturday, Davenport led all 50 laps at the 3/8-mile clay Dixie Speedway en route to his seventh series win of 2021.

Davenport took the lead at the start of the race and was never seriously threatened.

“This one is for Jason Durham. He is a huge part of this deal, we definitely miss him,” said Davenport, who scored his 57th career series win. “We worked at my house this week on the car and it’s the first time I have had a race car at my house or my shop. It’s kind of cool to come out here and set fast time, win my heat and the feature at a place I have never won at before.

“I have wanted to win here for so long; to be honest when me and my dad were racing, we were almost scared to come here to race because the competition was so good. It’s so hard to win here so we just stayed up in the North Georgia mountains and into Tennessee. This place is tough. I have come close here several times, but I have never had a race car like I had tonight here.”

Davenport completed his Georgia sweep on Sunday at Rome Speedway.

Davenport took the lead from Jimmy Owens on lap 28 at the half-mile raceway after Owens had led the first 27 circuits of the 40-lap feature. Davenport then pulled away for the win, the second night in a row he bested Brandon Overton for the win, this time by 1.731 seconds.

“Jimmy’s car was really good at first there, said Davenport after his 58th career series win. “I was trying to figure out a line getting into turn three, but I never could figure that out until later.

“He’s so good, I had to mess up his rhythm and that was the only way I was going to pass him if it wasn’t in lapped traffic. I tried to stay patient at the first and not try and run the top so early and maybe get a flat. I just hoped I cleared him getting into one. I race with him with the utmost respect. I love racing with him, he’s never done me wrong.” 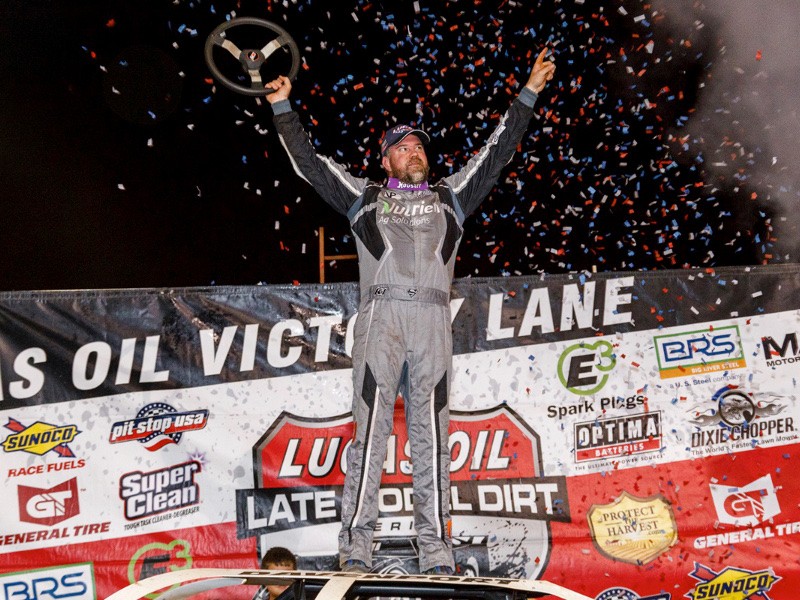 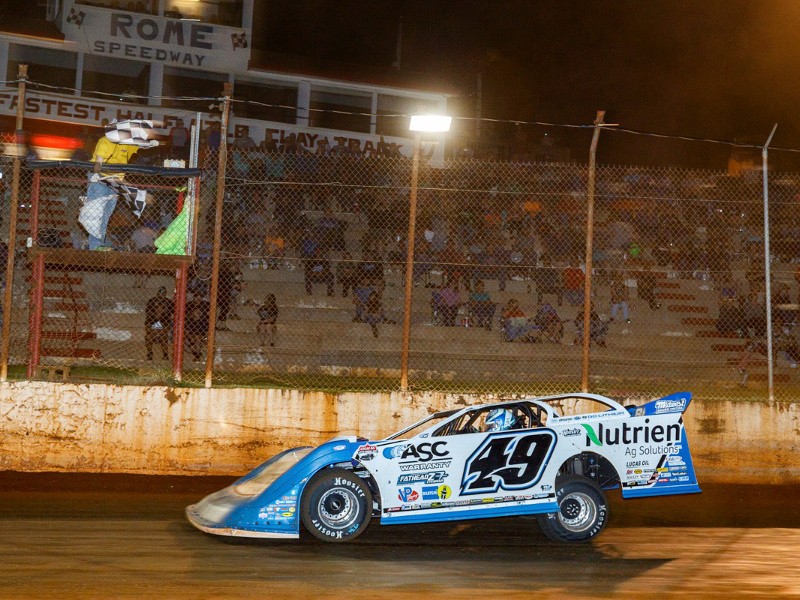