GAINESVILLE – The Hall County School District has entered into a contract to purchase nearly 51-acres of land in the northern portion of the county for the purpose of enhancing agri-business education.

“The property is now under contract and we’re in a due-diligence period of time where we can NOT purchase the property for any reason,” Hall County School Superintendent Will Schofield told members of the Board of Education at their work session Monday evening.

Schofield told board members that the land along the east side of Cleveland Highway (U.S 129), just north of Nopone Road, would be used for an ag-business center, with Phase One being an animal husbandry and genetics facility.

“It will serve our purposes well for having an actual Hall County School District cattle herd and working farm,” Schofield added.

There will be additional costs, Schofield explained, should the district decide to complete the contract at the end of the due-diligence period, such as fencing.  “The farm will need to be fenced at $6.50 a foot for the perimeter.”  That will total $70,500 according to school district documents, and would be funded by sales proceeds from the recent voter-approved bond referendum

Then ESPLOST funds would be used to develop the land in preparation for the construction of a future classroom/laboratory facility.  Demolition of existing structures on the property, as well as equipment for working the land (skid steer and attachments) and for the handling and care of the cattle once they are on site would total another $170,000.

Road frontage along Cleveland Highway is roughly 835-feet according to school board members.

“This is something that we have talked about for a long time,” board member Nath Morris said.  “Agriculture is still very important to this community and this is a program that is overdue.”

Morris and Schofield said the program could become self-sustaining in the near future.

“Agri-business is king in Georgia,” Schofield said.  “It still accounts for almost half of our economy.  It is past-time for us to make agri-business something that we get our middle and high school students actively engaged in, and for our elementary school students, I can’t imagine what a great field trip opportunity this will be.”

School board chairman Craig Herrington said he recently spoke with someone who attended a school where a similar situation provided the school with all the dairy products used in the school lunchroom.  “It’s very promising,” Herrington said.

Schofield was asked if he foresaw an opportunity for band members from visiting schools to be allowed into the games.  “I don’t think we’re in a position to make that consideration at this time…band travel has really been problematic for us in terms of getting all those individuals on buses…but we’re not ready to make that recommendation tonight.” 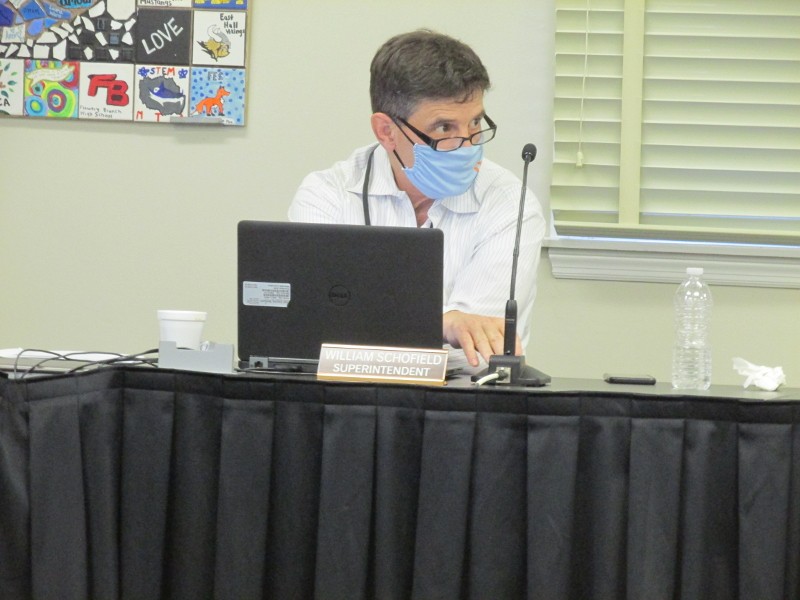