In a ceremony Friday, two North Georgia Sheriff’s swapped places in an office that serves the state of Georgia. Sheriff Stacy Jarrard of Lumpkin County stepped down as the president of the Georgia Sheriff’s Association (GSA) as Sheriff Carlton Speed, of Banks County, stepped into that role.

Sheriff Speed was sworn in on Friday as the new 2020-21 President of the Association.

Sheriff Jarrard shared a word of gratefulness on the Lumpkin County Facebook page. He also had some encouragement for Sheriff Speed. “It was an honor to serve as President of the GA Sheriff's Association for the year 2019-2020. I greatly appreciate the leadership of Director Terry Norris and wish much success to President Carlton Speed as he leads the GA Sheriff's Association.”

According to the GSA website, the association has been in existence since 1954. Among other things, they provide annual training events for Georgia sheriffs, advocate at the Georgia General Assembly for tough crime control measures, and sponsor the Georgia Sheriff’s Youth Homes.

The GGSA is comprised of Georgia’s 159 elected sheriffs. 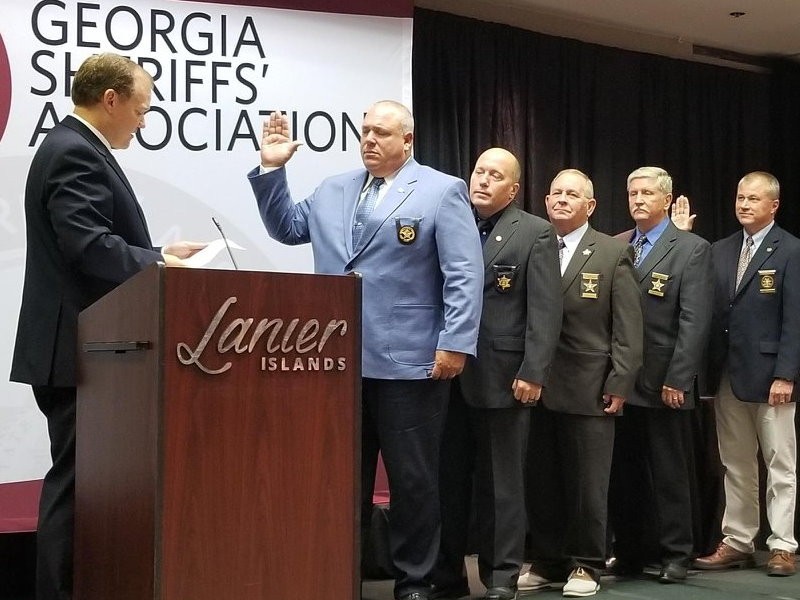