The rivalry knowns as "Clean Old Fashioned Hate" will have to wait until next year.

The annual gridiron rivalry between Georgia and Georgia Tech was canceled on Thursday when the Southeastern Conference announced it would be playing a 10-game conference-only schedule. The game was originally scheduled for Nov. 28 in Athens.

“While it's certainly disappointing for our student-athletes, coaches and fans that we will not have our annual rivalry football game with Georgia this year, I also understand and respect the decision of the SEC," said Todd Stansbury, Tech director of athletics. "We hope to finalize our non-conference opponent for the 2020 season in the near future and very much look forward to meeting Georgia again on the gridiron in 2021."

The 2020 SEC football season will be comprised of a 10-game Conference-only scheduled to begin on Sept. 26, and the SEC Football Championship Game will be played December 19 at Mercedes-Benz Stadium in Atlanta, rescheduled from the original date of December 5. The schedule will include one mid-season open date for each school and an open date on December 12 for all schools.

The Atlantic Coast Conference released its plans on Wednesday and left the door open for the rivalry. Each ACC member is scheduled to play 11 games in 2020 – 10 conference games and one non-conference contest. As of Wednesday, fans of both teams were sure the game would be on the schedule, but the SEC squashed those hopes on Thursday.

"It’s disappointing the schedule model does not make it possible to play Georgia Tech; however, we look forward to renewing that rivalry in 2021," Georgia AD Greg McGarity said.

Georgia's schedule is somewhat unknown right now. They were scheduled to travel to Alabama on Sept. 19. It is assumed the Bulldogs will play their SEC East schedule, keep SEC West rotational opponent Alabama and Auburn on the slate.

Dawgs247.com is reporting Georgia could add a trip to Starkville, Miss. to play Miss. State and host Arkansas -- both are the next two seasons' West rotational opponents.

The 11-game season is set to be played over a 13-week span (Sept. 7-Dec. 5) with two bye weeks scheduled for each team. The Yellow Jackets’ non-conference opponent has not been scheduled yet. ACC guidelines require that the non-conference game be played in the ACC institution’s home state and that the opponent must meet the ACC’s medical protocol requirements.

"I am disappointed that our players won’t have the opportunity to play our in-state rivalry game this season, but respect the SEC’s decision," Georgia Tech coach Geoff Collins said. "However, neither announcement changes our preparation one bit. We will continue to focus on controlling what we can control in a structured environment with thoughtful protocols in place and staying ready to go out and compete this fall, should public health guidance allow it. All we need to know is where and when, and we will be ready to Put the Ball Down and compete.” 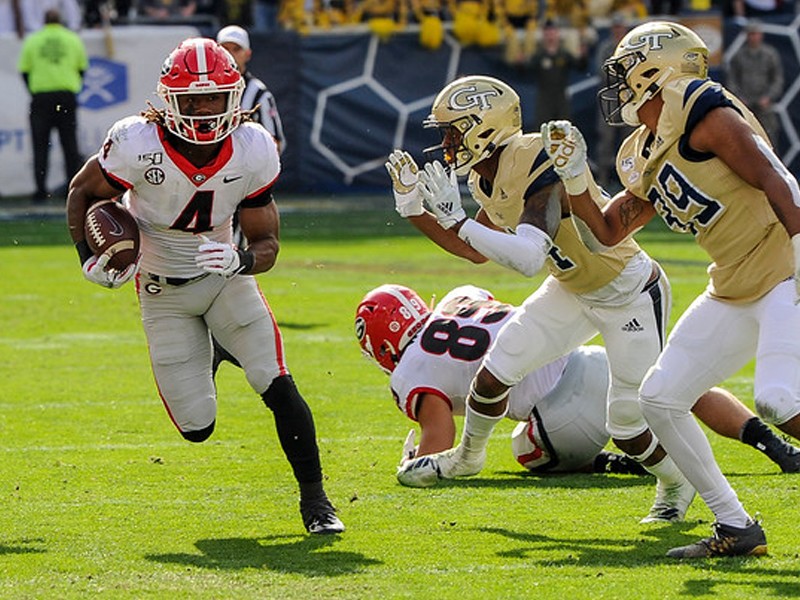