LULA – The Lula City Council gave unanimous approval Monday evening to a budget for Fiscal Year 2021 that is more than six-percent less than the budget for FY2020.

City finance leaders worked hard, according to Mayor Jim Grier, to find a way to eliminate $73,759 worth of spending for the fiscal year that starts Wednesday.  “I just want to say how much I appreciate all the work that the Finance Committee has taken on in doing this,” Grier said during the online meeting.

City leaders say the effects of the COVID-19 pandemic are the reason for the strong reductions in spending.

“It was not an easy job,” Grier added.  “A couple of things the Finance Committee really went to lengths to avoid are…employee furloughs, which had been suggested by the state and city and other governments; they wanted to avoid the need for any city property taxes…and we’ve had some things that we had to postpone.”

Lula City Manager Dennis Bergin said in an email: “The city does not currently charge property taxes.  We set the millage rate later in the year (October -November) and, as has previously been the case, roll the millage back to ZERO.”

Since the proposed 2021 budget is a decrease over the previous year’s budget only one public hearing was required before final vote by the city council.  That hearing happened June 22.

Mayor Grier said he had hoped more people would comment on the budget but that never happened.   “Unfortunately we only had one citizen who actually showed up to ask questions or make comments; so I’m a little disappointed in the lack of interest.”

For a link that will take you to the city's website and the approved FY2021 budget click here.

“Today,” Mayor Jim Grier began, “the city was made aware that we have a city employee who has tested positive for Coronavirus.  Therefore, city hall will be closed to the public.”

“We’ll provide limited services, as staffing allows,” he continued, “to allow for the appropriate quarantine and isolation.”

“These services will be curtailed through next Tuesday, July the seventh,” Grier explained.

Grier said during the closure any emergency or urgent situations can be communicated to city staff by leaving a message at the city’s telephone number: (770) 869-3801. 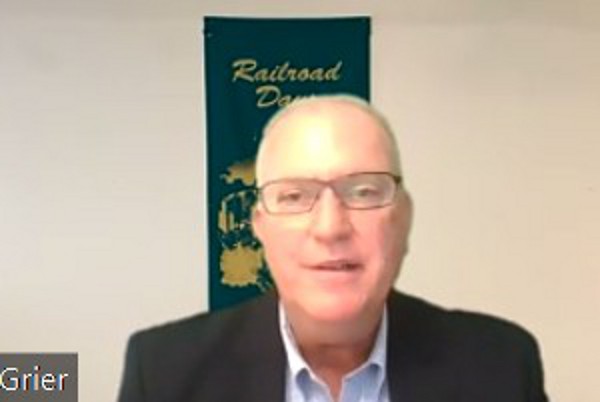