Denny Hamlin turned the tables on Kevin Harvick on Sunday at Pocono Raceway.

Staying out on old tires and building a lead while Harvick battled traffic late in the Pocono 350, Hamlin won the second race of the historic NASCAR Cup Series doubleheader by 3.068 seconds over Harvick, reversing the finishing order of the two drivers from a day earlier.

For the first time in its history, NASCAR ran two Cup events on the same weekend at the same track.

Hamlin achieved several milestones with the win. He picked up his sixth victory at the 2.5-mile triangular track, tying NASCAR Hall of Famer Jeff Gordon for most all-time. The triumph was the 41st of Hamlin’s career, 19th most in NASCAR history, breaking a tie with another NASCAR Hall of Famer, Mark Martin.

And a day after Harvick tied Hamlin for a series-best three wins this season, Hamlin broke the deadlock with his fourth victory of the year.

Harvick made his last pit stop on lap 105, surrendering the lead to Hamlin. Instead of pitting shortly thereafter, Hamlin, at the direction of crew chief Chris Gabehart, stayed on the track and built his advantage over Harvick from 30 to more than 33 seconds, as Harvick fought through heavy race traffic.

Hamlin finally came to pit road on lap 120, handing a short-lived lead to his Joe Gibbs racing teammate, Martin Truex, Jr. But Hamlin held a two-second edge over Harvick in the exchange. Hamlin took the lead for good on lap 126 when Truex made his final stop after staying out five laps longer than Hamlin had.

“I was hoping for no caution,” Hamlin said of the final 51-lap green flag run and the winning strategy. “I knew we had the car, and I was just kind of maintaining my gap right there — didn’t want to make any mistakes like I did at Bristol and gave that win away.

“I just tried to work through the traffic the best I could, and obviously, Chris was paying attention to the strategy there and made the right call.”

Despite his second-place finish, Harvick felt he had a better setup in the No. 4 Ford than the one he drove to victory on Saturday.

“He (Hamlin) just did the opposite of what we did,” Harvick said. “We didn’t want to get caught with a caution and then wound up losing a little bit too much time in lapped traffic with all the cars that hadn’t pitted.

“He was out there running clean laps and waited till right to the very end (to pit) and wound up in front of us. I’m proud of everybody on our team. Yesterday, (strategy) won us the race, and today we finished second.”

Saturday’s fourth-place finisher, Sunoco rookie Christopher Bell, ran third in Stage 1 of Sunday’s event. Then his race fell apart. Bell spun out of control in the Tunnel Turn on lap 39, backed hard into the outside wall in the short chute and shortened his car by about three feet.

“I was kind of rolling out there by myself, and I had a good gap between the guy in front of me and behind me, and it just stepped out getting into turn two there,” said Bell, who retired from the race and finished 39th.

“It’s disappointing, but I’m really happy with the speed that we’ve had these last couple weeks. Obviously, yesterday here we were really fast, and we had another great car today, so these guys keep bringing really fast Rheem Camrys to the racetrack, and we’ll have good shows.”

As the race approached the end of Stage 2, Kyle Busch spun in Turn 2 after contact from Ryan Blaney’s Ford. Busch’s No. 18 Toyota nosed into the inside wall, destroying the car. The accident kept Busch winless — and frustrated — through 15 races of the 2020 season.

“The guys did an amazing job from yesterday to today,” said Busch, who finished fifth on Saturday but never contended for the win. “I guess it proves that, if you get a little practice time in, we are going to be a force to be reckoned with, so hopefully life gets back to normal eventually.

“But we are in 2020, so it doesn’t surprise me getting crashed out of the lead. The M&M’s Camry was pretty fast today. Adam (Stevens, crew chief) and the guys did a great job. It’s just very frustrating and unfortunate. I know what happened, but it doesn’t make any sense to talk about it. It will just come across in a bad way.”

Notes: It was a better day for Chevrolet — three Camaros, all fielded by Hendrick Motorsports, finished in the top 10. In Saturday’s first leg of the unprecedented doubleheader there were no Chevys in the top 10… Harvick increased his series lead to 52 points over 22nd-place finisher Blaney… Almirola posted his fourth straight top 10… Kurt Busch won the 30-lap first stage wire-to-wire. Brad Keselowski won Stage 2… The start of the race was delayed by lightning, and rain interrupted the first stage after six laps were complete. 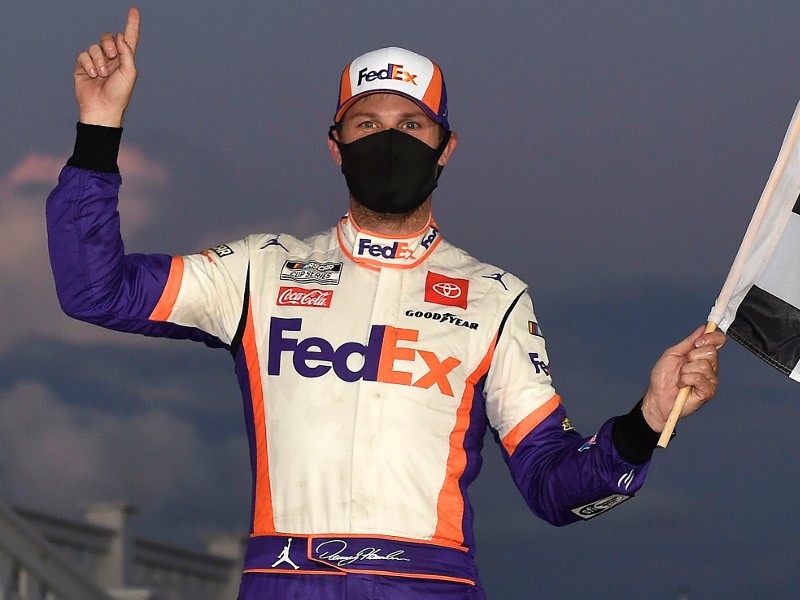 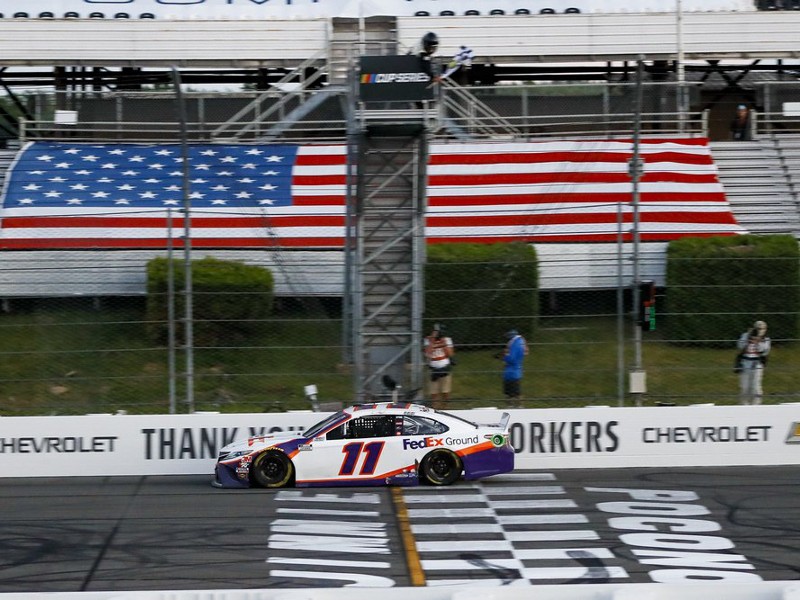