HARTWELL – Almost a decade after it closed, Hart State Park has reopened as Hartwell Lakeside Resort with plans in the works to make it a regional destination.

“This is what government is supposed to be about,” Collins said. This is when you can take what our office is able to do to bring city, county, state and federal together to actually do what we’re supposed to do and that’s to actually serve you.”

Collins said the resort will have an impact on the community and region for years to come, adding people will be grateful for those who worked nearly a decade to bring the project to fruition.

Hartwell Mayor Brandon Jones said Collins and his staff have been paramount in helping keep the project moving, facilitating between the U.S. Army Corps of Engineers, which controls Lake Hartwell, the Georgia Department of Natural Resources, and other stakeholders.

“Very quickly, we realized we needed some help and I just want to say that Doug Collins has been a champion for this project and for Hartwell,” Johnson said. “He’s been an advocate for the local citizens. He and his team have just been rock-solid for Hartwell and we are so, so thankful. We would not be here without them.”

When completed, Hartwell Lakeside Resort will include a camping area including cabins, a beach area, playground, grand lawn, hotel, restaurant, and events/wedding venues.

“It’s been needing some loving care and we’ve been trying to give that to it, bring some life back into it and get the community back involved,” Buffington said. “Like you see here today, a lot of people showed up and we’re happy for that. Everybody’s excited to bring people into the community and also get them to our downtown area. We’re loving all the stuff the city is doing downtown with the railroad that they’re working on. We’re excited to work together with all these people and get the community together. I think this is going to be another part to Hart County’s success in the future.”

Barry Stern of Kampgrounds of America (KOA) and said the potential impact on the economies of Hartwell and Hart County is exciting.

“I’m just blessed to be here and to be the steward of this new campground,” Stern said. “KOA will drive people here from all over the world. And those people come to the campground, but they also come to the city of Hartwell and Hart County. They spend money. They come to the restaurants and they boost the economy.”

Buffington and the other six current employees are staying busy making the vision happen.

“Right now, we have 60 campsites,” Buffington said. “We’re renovating 30 of those that are in the woods right now, and we’re going to eventually have all 60 back functioning then we’re going to add more in the future. That’s in our first-year plan to get those by next year. This is our third month, so it’s just getting in the door and we’ve got a lot more to come.”

The portion of the park operated by Buffington is 43 acres, with the city managing the balance.

“We’re just operating the campground side at the moment,” Buffington said. “There are future plans the city is going to do on the other side, but we’re going to do the zipline and some other things, and do some things for kids and a swimming area and a future swimming pool – things like that are coming in the two- to three-year range. We’re really excited about it, and now that we’re going KOA, we’ll be abiding by all their rules and doing all the things that they have at their campgrounds, so we’ll be a functioning KOA.”

Due to the coronavirus pandemic, the new park had a soft reopening in April, with the formal ceremony delayed until last week. But those wishing to camp at Hartwell Lakeside Resort can make reservations.

“We are open,” Buffington said. “We take reservations online at hartwelllakesidervpark.com or give us a call at (706) 376-1340. We’ve got somebody here seven days a week if you want to stop in and talk with us.”

Hart State Park opened in the early 1960s to offer families lakeside recreation opportunities. Over the years, visitors began to travel to other parks that had more modern facilities.

As people utilized other parks, the state shuttered Hart State Park about a decade ago and it remained so until April of this year. 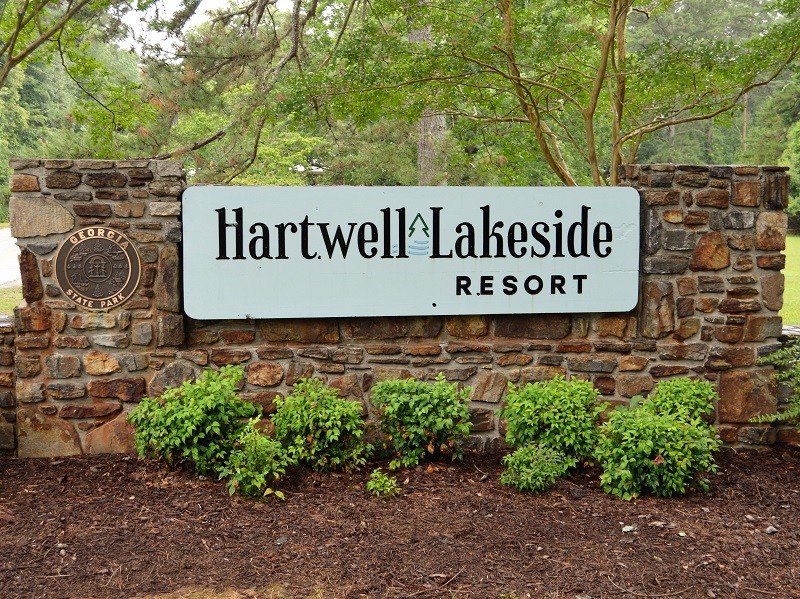 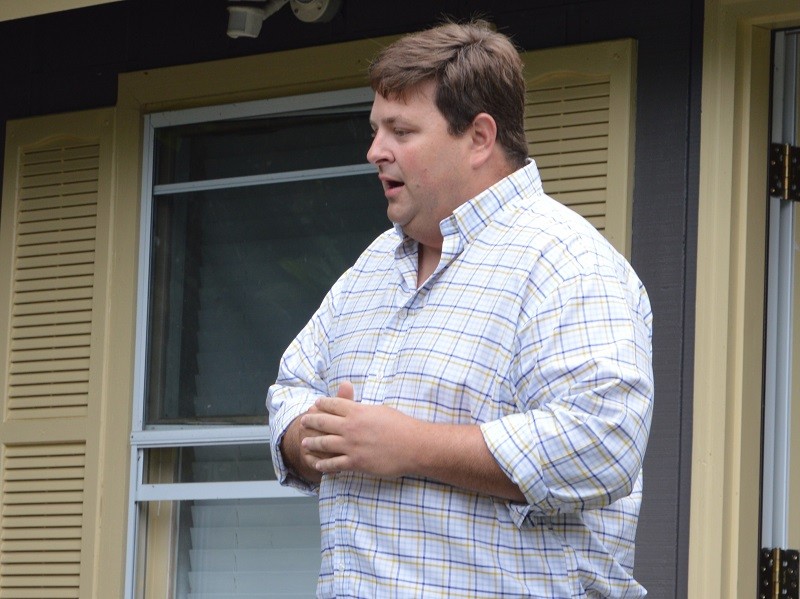 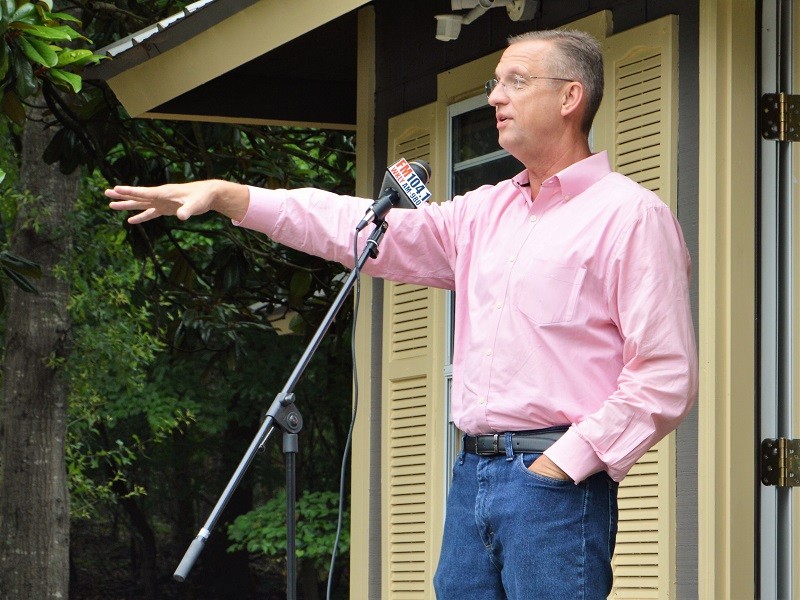 Congressman Doug Collins talks about the current and future importance of Hartwell Lakeside Resort to the region. 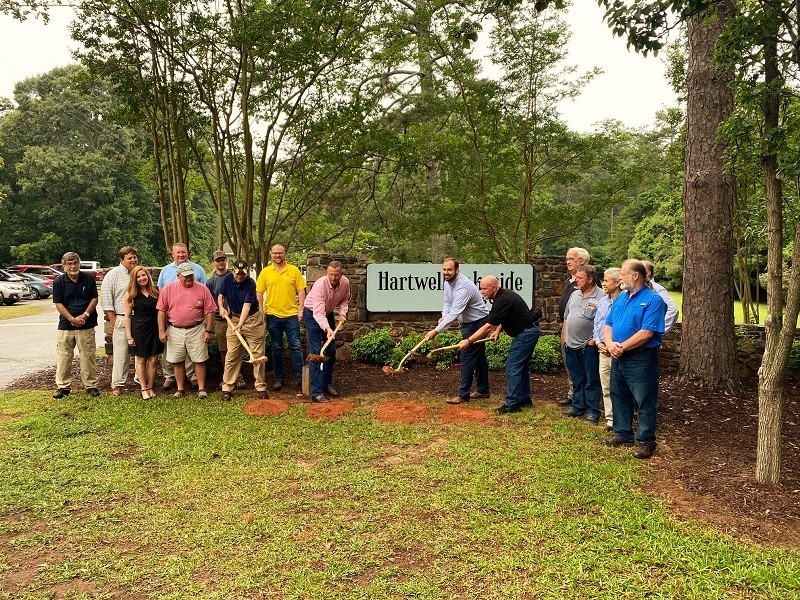 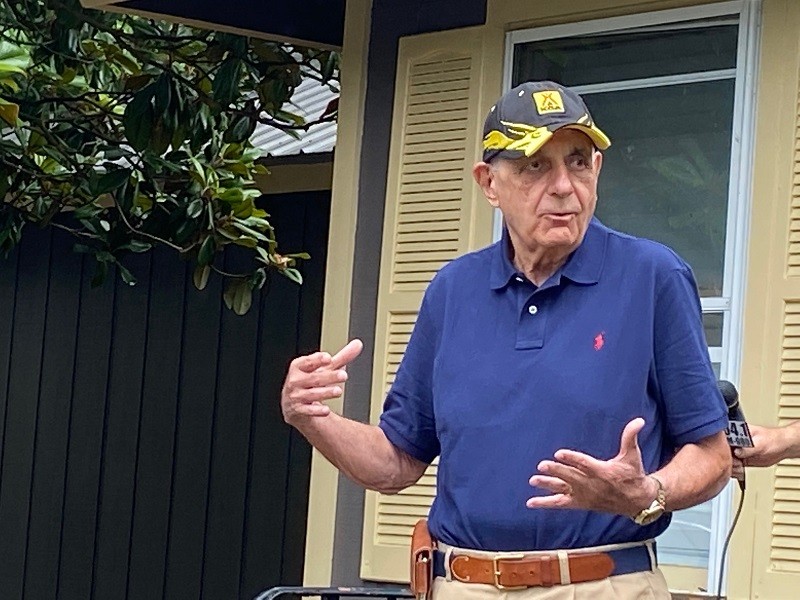 Barry Stern of Kampgrounds of America tells those gathered that Hartwell Lakeside Resort will have a positive impact on the economies of Hartwell, Hart County and beyond. 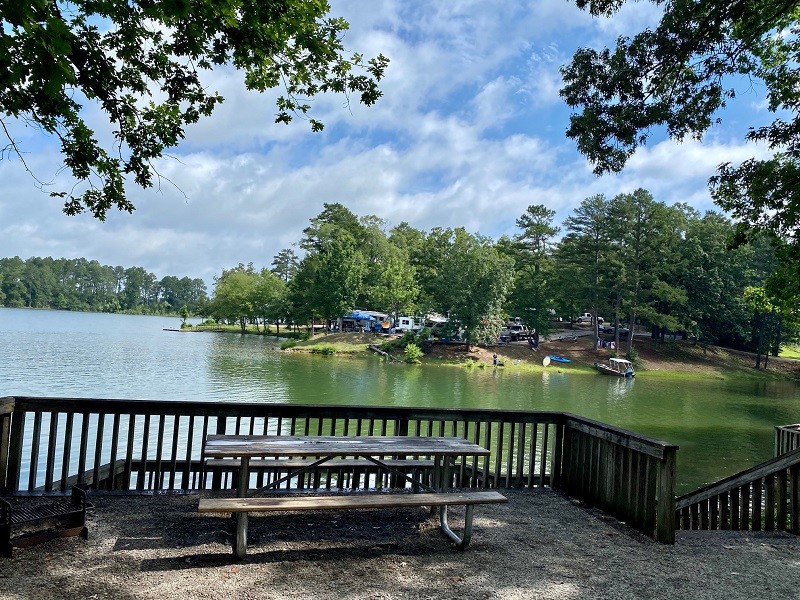 Campsites at the new Hartwell Lakeside Resort already are busy since the rebranded park's reopening April 1. 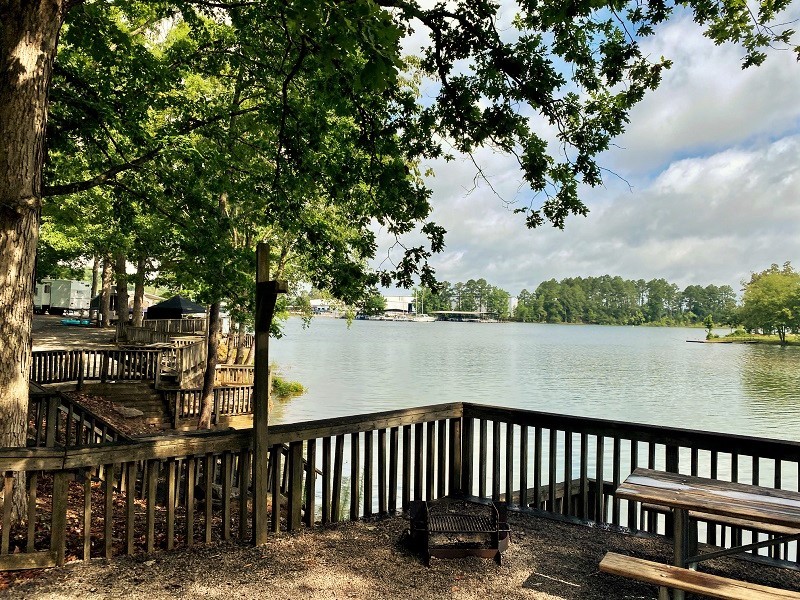 Thirty of the 60 campsites at Hartwell Lakeside Resort are open for reservations and the others are being renovated to open in 2021. 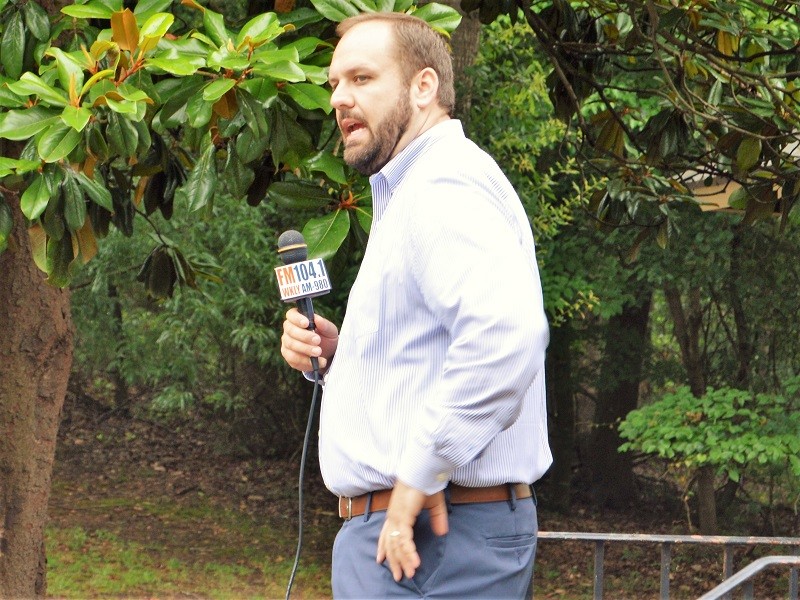 Hartwell Mayor Brandon Johnson shares why the conversion of the closed Hart State Park to Hartwell Lakeside Resort has been a passion of his and others over the past years.