What is a group of baboons?

I’m a sucker for trivia questions. My head is full of obscure and useless information, and my friends are always trying to test my knowledge of such.

Just recently, a friend said he had a great trivia question for me.

“I have a great trivia question for you,” he said. “Do you know what you call a group of baboons?”

I didn’t. But I was determined to come up with an answer. I have a reputation to protect, you understand.

I couldn’t be that difficult, I thought. I’ve always liked learning the collective nouns that are used to describe a group of a certain kind of animal. So many of the collective nouns are obvious. We’ve all heard of a pack of dogs, a herd of cattle, a school of fish and a barrel of monkeys.

But a lot of collectives aren’t so obvious, and those are the ones I like the best. Did you know, for instance, that a collection of buzzards is called “a wake?” What about a group of eels? It’s “a seething.”

The more I thought about it, the more I realized that the answer couldn’t be an obvious one. Why would my friend think it was such a great trivia question if the answer were “a pack of baboons?”

Perhaps, I thought, the answer is alliterative. Many collectives, such as a gaggle of geese, start with the same consonant as the name of the animal. Those are fun, too. I’ve always liked a flamboyance of flamingoes, a prickle of porcupines, a coalition of cheetahs and a pandemonium of parrots.

But “band of baboons” didn’t sound exciting enough to be the answer, either, so I turned to another theory.

Maybe it has a military tone, I thought – an army of ants, a corps of giraffes, a squadron of pelicans. It made some sense. All the gorillas in the “Planet of the Apes” movies were the military types, and baboons sort of resemble gorillas.

Besides, “a battalion of baboons” is both militaristic and alliterative. It kills two birds with one stone, so to speak.

But my friend was quick to point out the error of my ways.

So I moved on. Some of the most interesting collectives are those that somehow give a visual image of the animal. For instance, a bunch of butterflies is called “a kaleidoscope,” which perfectly describes what it looks like when butterflies are swarming around together.

But I couldn’t quite put my finger on a noun that describes a baboon. I knew “an ugly of baboons” wasn’t right. I began to think the answer was something that was completely made up. Despite my best efforts, I was drawing a blank.

“Do you give up?” my friend asked.

At first, I didn’t believe him. So I looked it up. In fact, a collection of baboons can be called either a “flange” or a “troop.” But it is also called a congress of baboons.

In retrospect, it certainly makes sense.

At the very least, it explains all the monkeying around that’s going on in Washington. 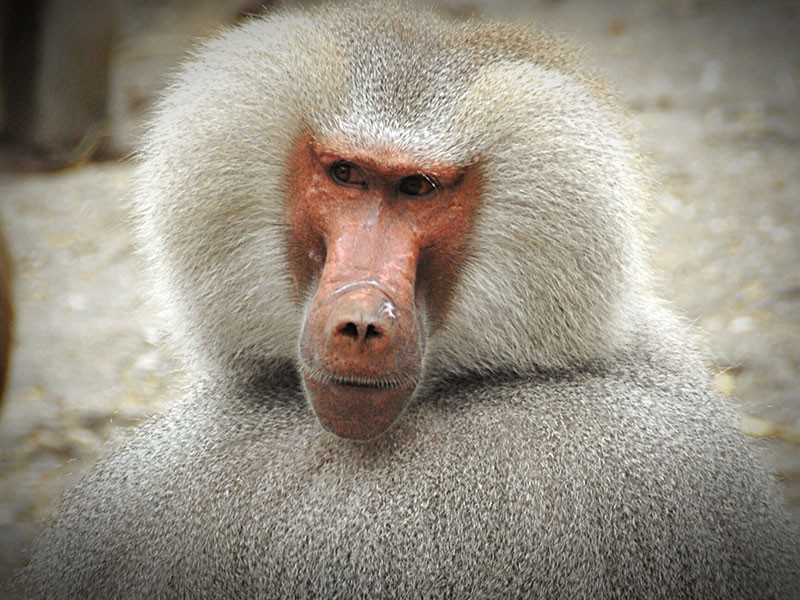