One thing all three candidates for the chairmanship of the Hall County Commission agree on is that COVID-19 concerns have limited their ability to meet people and get their message out.

So let’s take a moment and meet the trio who want to handle the gavel when the Hall County Commission meets in 2021.

If his name rings a bell it’s probably because Banks served on the Hall County Commission from 2007-2011, representing District 1.

Banks was born and raised in Jackson County but has spent the past 47-years as a resident of Hall County.   He still lives in District 1.  He and his wife, Connie, have raised three sons and are now spoiling seven grandchildren.  He is an active member at Christ Place Church.

Banks says he has retired, “kind-of”, from his family operated logistics business, CBT Transport, and feels that the time is right to return to public service.

He said during a recent interview on Morning Talk with Martha Zoller that he really enjoyed helping people, and took pride in helping those who often are overlooked or hesitant to speak out about their concerns.

“I want to serve; I feel like it’s something I need to do,” Banks told Zoller.

“I am a self-funded campaign…I have spent a little over $3000 on my campaign” Banks said, and that has proved challenging during COVID-19 restrictions.  He says he loves the old-fashioned campaign strategy of meeting people and shaking hands, but now has to rely on campaign signs and talking to people on the telephone.

“I want to do it (run for commission chair) and I want to do it for the people of Hall County, but I’m not going to spend $100,000 to do it.  That should show everybody that I’m going to be tight with the money,” he said.

To hear more of Banks’ conversation with Martha Zoller click here.  He also invites anyone interested in in speaking with him to call him at (678) 725-3479.

Higgins is the current chairman of the Hall County Commission and is seeking re-election to a second term.

Higgins says that during his tenure as chairman a lot has been accomplished but there are still a few things he hopes to see happen in Hall County.  He gives credit to his fellow commission members for their hard work, and while they don’t always agree he says they are able to work together for the good of the county.

Higgins is a lifelong resident of Hall County and holds a Bachelor Degree in Business Administration from the University of Georgia.  He is a Deacon at Lakewood Baptist Church where he also teaches Sunday school.

He says it was during the time that he and his wife, Connie, were raising their two sons and daughter he became involved in what was happening in their schools.  From 2000 until 2012 Higgins served on the Hall County Board of Education, serving as chairman for eleven of those years.

“During that period of time we had unprecedented growth and we built like ten schools.  It was an interesting time,” Higgins told WDUN’s Martha Zoller in late April.

Higgins credits that experience for learning how to get people to pull together even when they don’t agree.

Higgins is now retired after spending thirty years in the logistics business, a move he says he made in part to free up time for working with the county commission.

According to Sartain’s website she is the owner of North Georgia Adoptions, a legal practice that focuses solely on adoption law, closing nearly 700 adoptions in two-plus decades of practice.

Sartain is an active member of Concord Baptist Church in Clermont.

This is Sartain’s first foray into the political arena, so she cannot compare campaigning during COVID-19 restrictions to any past experience, but said in a recent email, “The inability to physically get out and meet people, listen to their needs and concerns, look them in the eye and ask for their vote has really hampered running a campaign.  I believe that there is a serious disconnect between the people and local government, and most people believe that their opinions don't matter.  I strongly believe otherwise.”

Sartain was born in Kentucky, is a graduate of John Marshall Law School in Atlanta and has lived in Hall County for over 25 years.  She proudly explains that she earned her Juris Degree attending night school while raising her family and working full-time.  “I’m not afraid of hard work,” Sartain told Martha Zoller recently on WDUN’s Morning Talk.

Sartain says her decision to run for the chairmanship position was prompted by the urging of friends and neighbors.  Her lack of political experience, she feels, will help her, “…to bring fresh ideas and think outside of the box, the ability to approach problems in a different manner.”

“I’ll bring new and not recycled leadership,” Sartain told Zoller during her April interview on WDUN.

To learn more about Judy Sartain and her campaign click here. 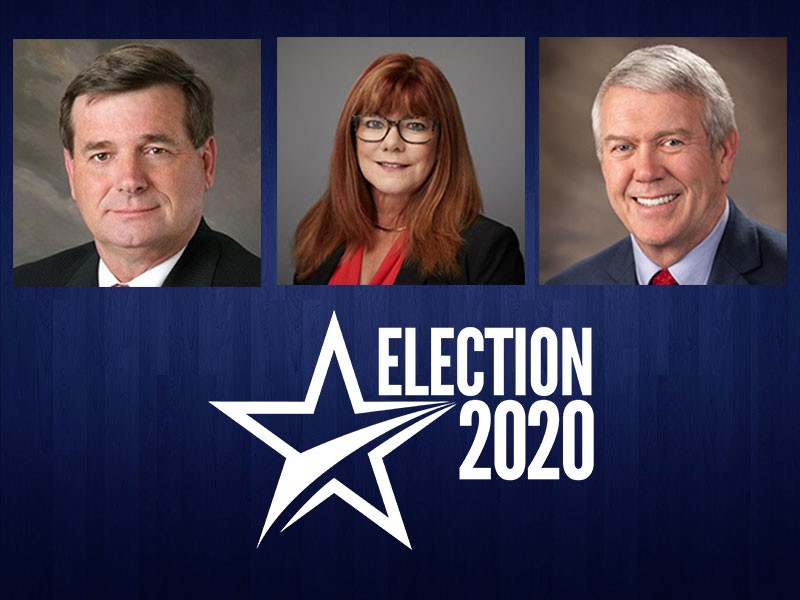