Girls playoff basketball: Union County rolls past Therrell, into the 2nd round; Dawson girls fall on the road

BLAIRSVILLE — The Union County girls earned their first playoff win since 2016 with a dominating 69-40 over Therrell Thursday night at home in the first round of the Class 2A state tournament.

The Lady Panthers (22-6) move on to play the winner of the Bryan County-Butler matchup next week in the second round.

Eva Hunter and Kait McCarter set the tone as the Therrell defense could not stop the pair inside. Hunter poured in 16 of her game-high 27 points in the first half as the Lady Panthers led 36-19 at the break. They led 51-29 heading into the final period.

McCarter finished with 12 for the game and the duo was helped by Andelin Hill, who had 9 points, Brooke Dockrey with 8 points, Elie Cook's 7, and Rebekah Chambers had 6 points for balanced scoring across the roster.

In other girls playoff action, the Dawson County girls could not hold on to a halftime lead falling 45-39 to Cedar Grove in the Class 3A tournament.

The Lady Tigers led 25-17 at halftime but were held to just 14 second-half points as Cedar Gove mounted the comeback. 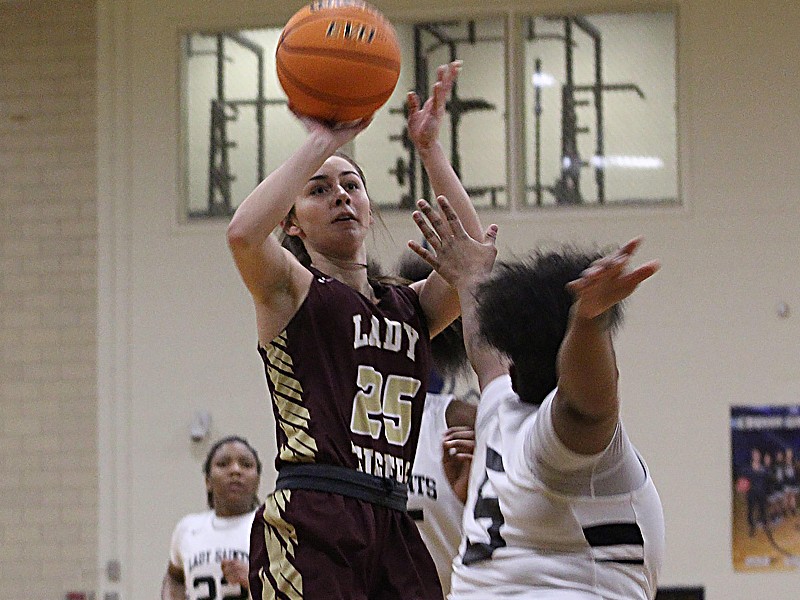