HOGANSVILLE — Callaway held the state’s highest-scoring offense in any classification to just 10 points en route to a 41-17 blowout over No. 2 Rabun County Friday night at Callaway Stadium.

The Wildcats’ march to Georgia State Stadium came to an end at the hands of Class 2A’s top defense (13 ppg, 10 ppg in playoffs) in a battle that the Cavaliers imposed their will.

Rabun’s best highlight of the semifinal matchup came in the second quarter when Gunner Stockton connected with Adriel Clark on a 20-yard touchdown pass with 4:02 left in the first half. The catch was Clark’s 28th of the season giving him the Georgia state reception record in a single season.

Callaway, however, set the tone early when Jalin Sheppard picked off Stockton and returned 70 yards for the touchdown and the early lead 7-0.

And after the Wildcat’s added 10-unanswered points, Callaway’s Demetrious Coleman and Charlie Dixon went to work. Coleman scored on a 60-yard run with 2:36 late in the second and tossed a 48-yard pass to Sam Williams early in the third quarter to push the lead 27-10.

Later in the quarter, Dixon sprinted for a 10-yard score and an 80-yard touchdown, pushing the lead 41-10. 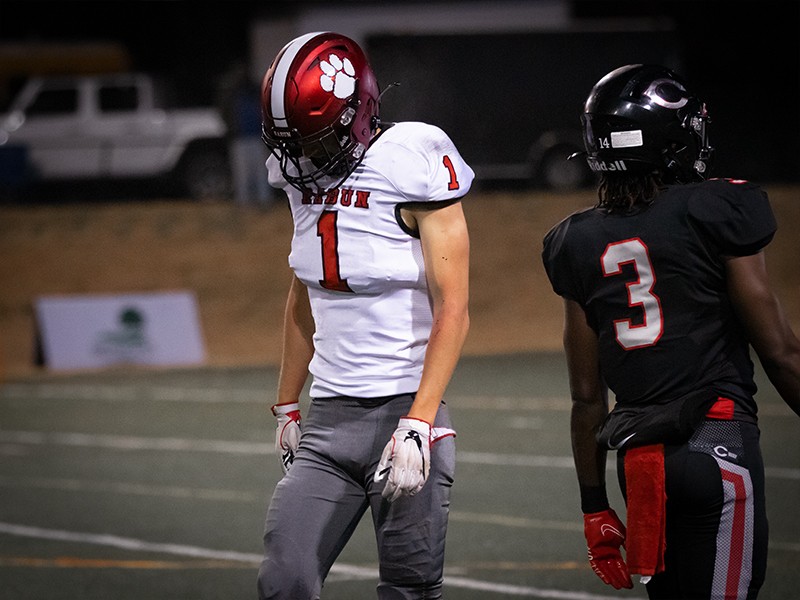