With a dramatic pass of the final corner in Saturday’s O’Reilly Auto Parts 300 at Texas Motor Speedway, Harrison Burton stole the victory from Noah Gragson, who would have clinched a spot in the NASCAR Xfinity Series Championship 4 Round with a win.

Having recovered from a spin that caused the sixth of 10 cautions on lap 107, Burton passed Anthony Alfredo for the second position on lap 198 of 200 and took off in pursuit of Gragson, who had taken the lead on lap 186.

Burton, who had run down Gragson to win the second stage of the race — his first stage victory of the season — closed quickly on the final lap and shot past Gragson’s No. 9 JR Motorsports Chevrolet off turn 4. Burton’s No. 20 Joe Gibbs Racing Toyota streaked across the finish line .445 seconds ahead of Gragson’s Chevy.

“We had such a fast race car,” Burton said after climbing from his car on the frontstretch. “I’ve never driven anything harder than that last corner in my life. I don’t know how it stuck. I lost my voice — I was screaming. Gosh, that’s special. I’ve never spun out and come back and won, so that’s cool.

“We were obviously pushing the limits all day… of speed. That’s kind of what we came to do, to be fast, to win our first stage of the year, which was a good sign, and our speed — what we did on that last lap was incredible. I don’t know how it happened, but I’m pretty damn glad it did. What a cool place to win. We’re going home with cowboy hats.”

After a four-car wreck that KO’d the entries of Playoff contenders Justin Allgaier, Brandon Jones and Ross Chastain, Gragson grabbed the lead from Austin Cindric on the restart lap when Cindric’s No. 22 Ford broke loose in the outside lane. Alfredo took second and Burton followed into third.

Though Burton, who was eliminated from the Xfinity Playoffs in the Round of 12, had the fastest car on the track at the time, he had difficulty overtaking Alfredo. But once he took second with two laps left, he closed rapidly on Gragson.

“I feel like we had a fast car there,” said a dejected Gragson. “I was a little tight on exit all day. Just frustrated at myself. I was pretty tight there at the end. I saw Alfredo holding Harrison off and thought we were getting away, I saw the 20 get by the 21 (Alfredo) and he ran me down in like two laps.

“I knew he was coming. I just didn’t expect him to get there. I don’t know. Frustrated. But thankful for my guys, (crew chief) Dave Elenz, and the rest of this team. We’ll go to Martinsville (next Saturday), I like that track. It had to be make or breaking your season right there.”

The race fell apart for Allgaier, Jones and Chastain after the Lap 186 restart. Six Playoff drivers restarted in the top six positions, but, moments later, they were strewn through the field after Allgaier broke loose underneath Chastain to start a wreck that also collected Jones and Jeremy Clements.

“I tried to leave the 10 (Chastain) as much room as I could, but when he got to my quarter panel, I got loose, said Allgaier, who has had an antagonistic relationship with Chastain in the past. “(Then) he just decides to hang a left because he’s aggravated and wrecks the whole field.”

Jones and Allgaier were eliminated from the race and finished 25th and 26th, respectively. Chastain was able to continue and came home 16th.

But the wreck had a dramatic effect on the Playoff standings.

Allgaier in third place is just eight points ahead of Jones in fifth, with seventh-place finisher Justin Haley between them. Chastain is 15 points below the cut line in sixth.

Chase Briscoe, who secured a spot in the Championship 4 with his win last week at Kansas, finished 24th after a shock mount broke on his No. 98 Ford. Gragson is seventh, 24 points behind Haley, likely needing a victory in the elimination race at Martinsville. Ryan Sieg, who suffered suspension problems and finished 31st, is 43 points behind Haley. 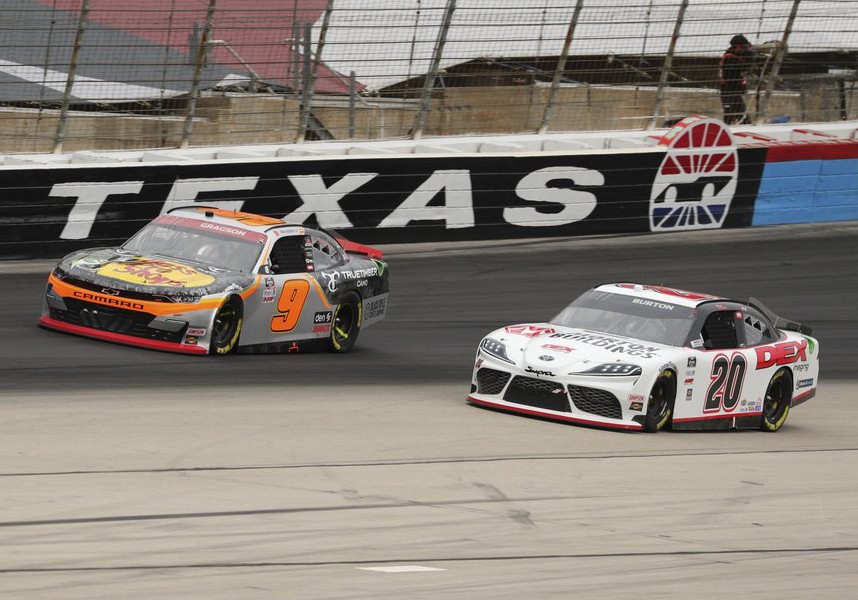 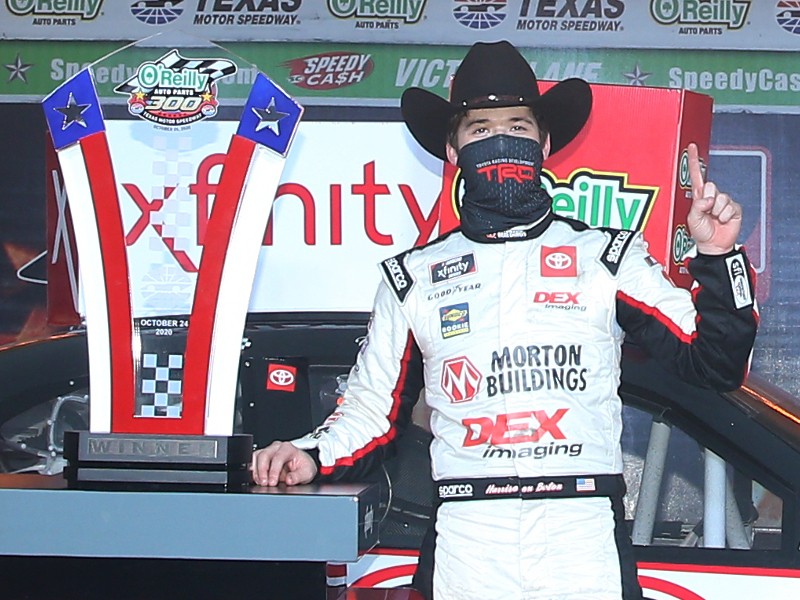