GHS rallies past Lambert in another wild 6-7A battle

GAINESVILLE — Gionni Williams accounted for five touchdowns to lead Gainesville to a 42-35 come-from-behind win over Lambert on Friday at City Park Stadium.

Williams threw for 69 yards and three touchdowns and ran for 87 yards and two more scores as the Red Elephants rallied from a big deficit and held off a late Lambert charge in another wild Region 6-7A game.

The two teams traded scores into the second quarter with the Longhorns (4-2, 0-2) getting the initial lead when QB James Tyre hit Jack Stewart on a 33-yards touchdown pass. The Red Elephants answered when Mori Young scored on a 1-yard run that was set up by a 39-yard pass from Williams to Elias Ballard on the previous play.

Lambert retook the lead moments later on a 10-yard TD pass from Tyre to Braden Bamburowski with 35 seconds left in the first quarter. Gainesville tied it at 14 when Williams scored on a 1-yard to cap the Red Elephants’ second possession.

The Longhorns then seemed to grab control, running out to a 28-14 lead midway through the second quarter on a 16-yard touchdown run from Harrison Peyton, who accounted for 72 yards on the drive. Tyre and Stewart connected again on a 61-yd TD pass for the two-score lead.

But the Red Elephants managed one final drive to end the half that ended with a 4-yard TD pass from Williams to Qua Coley to cut the score to 28-21.

The Red Elephants stormed out of the halftime as Williams scored on a 3-yard run to tie the game to cap their opening drive.

But it stayed that way until midway through the fourth quarter when Williams found Elias Ballard for a 6-yard TD pass to give the Red Elephants their first lead at 35-28.

Gainesville extended the lead to 42-28 just 90 seconds later after recovering a fumble off a botched snap on a Lambert punt attempt. Sam Perry, who finished with 88 yards rushing, capped the short drive with a 12-yard scoring run.

The Longhorns got a late score when Tyre and Bamburowski connected for another TD pass, but the Red Elephants would run out the final minute to preserve the win. Tyre finished with 180 yards passing while Peyton has 128 yards rushing.

Lambert outgained Gainesville 308 to 294 for the game but the Red Elephants managed to churn out 218 yards on the ground, most of that coming in the second half.

The Red Elephants will have a week off before traveling to South Forsyth in two weeks in what is expected to be a battle for first place in the region. 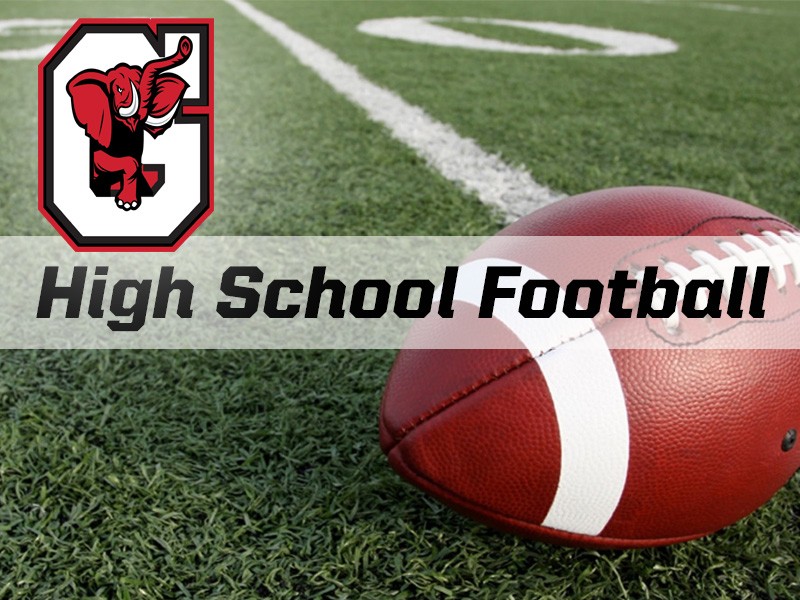