For those who graduated from the Hall County Drug Court on Friday, there’s a great sense of excitement. Especially from graduate Kevin Young.

And there was an extra reason to celebrate the occasion, as it was also the program’s 100th commencement ceremony.

The purpose of the Drug Court program is to help those who have been arrested and are struggling with substance abuse to get back on their feet. There are four different tracks within the program, each based on an evaluation that considers factors such as age, number of arrests and level of addiction. The program is voluntary and lasts a minimum of two years.

The Drug Court program is rigorous and requires a lot out of those who choose to go through. Participants wake up every morning before 7 a.m. to call the drug screen line for a potential screening. Those going through the program also work 40 hours a week, as well as attend classes and counseling sessions.

But each graduating class has each other and a team of professionals to help them. The Drug Court program also includes educational and spiritual components to further help participants feel encouraged.

This year’s ceremony saw thirteen graduates walk across the stage and toward a new future. For Young, that new future includes working more with his family’s trucking company.

"During my time in the program my family has actually started a trucking company, and now that I have the ability to go out of the state my goal is to actually expand on that company," said Young.

This year’s ceremony also featured several key speakers that have been influential in the Hall County Drug Court. One was Senior Superior Court Judge John Girardeau, who started the Drug Court program in 2001. Another was former Georgia governor Nathan Deal, who played an integral part in expanding the program during his term. Finally, former program Director of Treatment Mike Devine delivered the keynote speech.

According to Judge Bearden, the program doesn’t benefit only the participants, but the community as well.

"I think it's incredible," said Judge Bearden. "I looked at the numbers and I believe that in the state of Georgia it costs about $25,000 a year to incarcerate someone...so we're saving $25,000 a year per person keeping somebody out of prison." 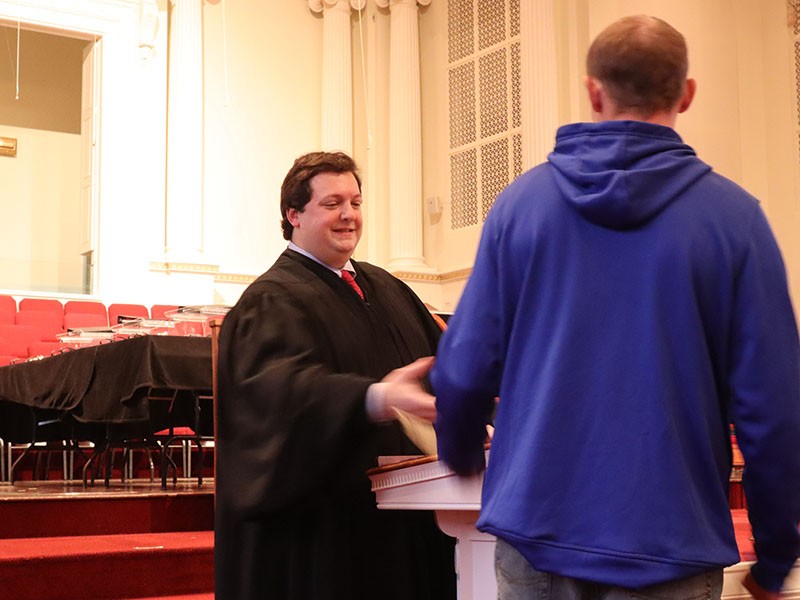