Every northeast Georgia region in the AccessWDUN coverage area got into the heart of their schedules last week. There were some surprises, to be sure, with some great individual performances as well for the girls.

HEATING UP, TOTALLY: There were several big performances by some key players in key region wins last week:

Lakeview Academy's Eliza Snyder -- Week total 66 points (3 Games, 22.0 ppg) -- Snyder scored 27 points and pulled 14 rebounds in a win over Tallulah Falls, poured in 22 points in a win over Commerce, and had 17 points and 7 steals in the win over Athens Christian.

Lumpkin County’s Isabel Davenport -- Week total 49 points (2 Games, 24.5 ppg) -- Davenport scored 26 points in a loss to North Hall and had 23 points, including 18on six 3-point range, in an Indians’ win over Cherokee Bluff on Friday.

STREAKING: Buford in Region 8-5A, Jefferson in Region 8-3A, and Lakeview Academy in Region 8-A all remain unbeaten in region play. White County in Region 7-4A is also on a roll.

-- The No. 2-ranked Lady Dragons (16-3, 7-0 Region 8-3A) have steamrolled their region opponents. They have beaten every team in the region at least once and by an average of 31.7 ppg. Their three losses are all to Class 7A teams.

-- Lakeview Academy (15-5, 4-0 Region 8-A) has won 11 of its last 12, including one over Flowery Branch, with its only loss to North Hall in the Lanierland finals. Senior Mercer-commit Eliza Snyder has been on a tear (see above) and sophomore Joelle Snyder has averaged more than 15 ppg while Jackie Allen is a defensive stalwart averaging nearly 5 steals a game.

-- White County (14-5, 6-1 Region 7-4A) continues to climb up the leaderboard in both the region and Class 4A. The Lady Warriors have won 11 straight, including knocking off defending region champion Flowery Branch last week. They lost to the Lady Falcons by a combined 55 points in two games last season. The 14 wins are tied for 5th-most in the classification and they now sit in second place all alone, just one-half game behind No. 7 Marist. The Lady Warriors will play host to Marist on Tuesday with first place on the line.

LOG-JAM: Region 7-3A is shaping up to be a photo finish at the wire. The top four teams (Greater Atlanta Christian, North Hall, Dawson County, Fannin County) are all within 1 1/2-games while six of the seven teams are within 3 1/2-games. No one is undefeated with the entire second half of the schedule to go. The top four teams all face off on Tuesday so there is still plenty of room for movement. Don't turn your back on this group. 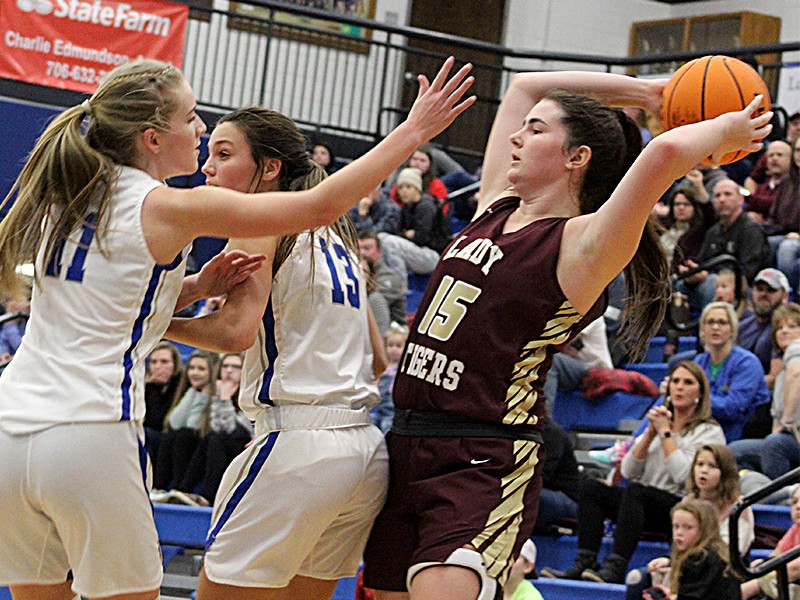 Dawson County's Marlie Townley scored a combined 39 points in 2 Games (19.5 ppg) last week. She scored 18 points in the Tigers' win over East Hall and 24 points and 15 rebounds in a loss to Fannin County.