Increased traffic in Northeast Georgia in recent years has driven a need for better intersections on some of the region's busier roadways.

Two of those are along Interstate 85 in Gwinnett County where overpasses at Pleasant Hill Road and Jimmy Carter Boulevard have been recently replaced by what Dykes calls "diverging diamond interchanges." The new designs have the east and westbound lanes of the road swap sides, putting drivers on the left-hand side of the road.

Dykes said these designs make the roads safer and help traffic flow by allowing drivers to make left turns onto I-85 without crossing oncoming traffic.

Dykes says reducing the amount of time people wait at red lights is one of the best ways to improve traffic flow. Another interchange that accomplishes that is a newly built one in Dawson County at State Route 400 and Ga. 53 called a "displaced left turn."

"We have a left turn that actually will cross over the oncoming traffic. There are signals there," Dykes. "They will actually then make the left turn at the same time the thru traffic is able to go, so you're able to shorten those cycle lengths with the signal."

Dykes said the displaced left turn in Dawson County is the first interchange of its kind in Georgia and he says officials have seen less traffic backup in the area since it was completed.

Although roundabouts have become poplar in the region for improving traffic at busy intersections, Dykes said not all intersections are good fits for them, requiring more creative solutions.

"You have to have kind of a balance of traffic for both roads for a roundabout for it to function properly. Otherwise, it's just going to be one direction going all the time and it's going to be hard to sneak in there from the side road," Dykes said.

For an up-close look at diverging diamond and displaced left turn interchanges, as well as more explanation on them from Georgia DOT Traffic Engineer Justin Dykes, click on the video above. 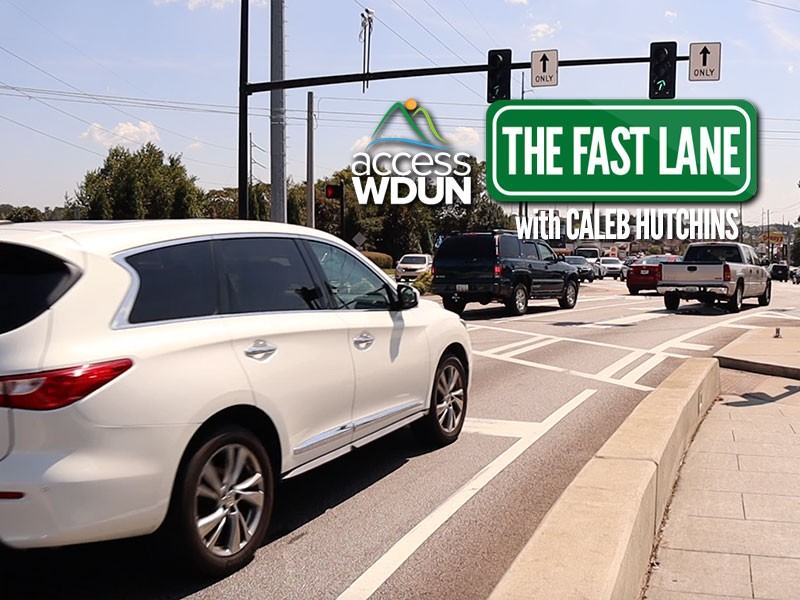