As of 6:50 p.m. Tuesday evening, the situation involving a bomb threat to North Hall High School has been resolved.

District and school personnel, along with law enforcement, have taken appropriate measures and both North Hall Middle school and North Hall High School campuses are safe and clear according to Stan Lewis, Director of Communications and Athletics.

"We look forward to having a normal school day tomorrow," Lewis said.

The Hall County School district is still offering a $1,000 reward to anyone who can provide information that leads to the arrest of the individual responsible for the threat.

North Hall High School personnel have canceled all activities for the remainder of the afternoon on the heels of a bomb threat.

According to Stan Lewis, Director of Communications and Athletics, district officials became aware of the initial threat after finding a picture authored by a student on a bathroom wall within North Hall Middle School.

"At approximately 3 p.m. this afternoon, school officials reported that a North Hall Middle School student had scribbled a bomb threat on the wall of a bathroom," Lewis said. "The threat was specific to North Hall High School and specified it would be an after school incident."

Out of an abundance of caution, all North Hall High School activities have been canceled for the afternoon.

School and district personnel are currently working with Hall County law enforcement to ensure that the campus is safe.

The District is offering a $1,000 reward for any information that leads to the arrest of the individual who made the threat. 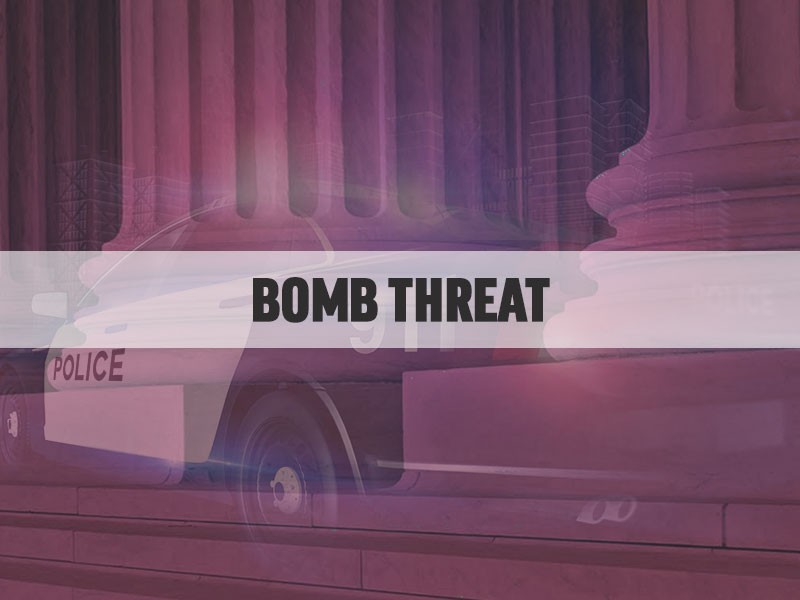