The temperature is still in the 90s, but summer is over for thousands of students and teachers in Gainesville and Hall County as the new school year started Wednesday.

“You know, August always seems to roll around sooner than it has in the past. It was a quick summer, but we’re excited to get going today,” said Jeremy Williams, superintendent of Gainesville City Schools.

Traffic was heavier than normal around schools today, as many parents brought their children for the first day. But officials reported no major issues. Both superintendents urged drivers to show caution as they get near schools and bus stops.

“I want to remind drivers if you are in Hall County longer than usual in terms of where you’re going,” Hall County Superintendent Will Schofield said. “We’ve got three hundred bus routes all over the county. At a lot of those bus stops will be little 5 and 6 years old who for the first time are getting on a school bus. So I certainly would appreciate that everyone would slow down a little bit use a bit of extra caution.”

Williams and Schofield said it would take a few days for the enrollment numbers to stabilize, but both expected to see some growth in numbers.

“We actually will change up to fifteen hundred students over the next three or four weeks,” Schofield said. “I guess you would have called in the 70s and 80s, a good old-fashioned strike. A lot of folks say they’re not coming back this early. I think we’ll be around a 27,000-student number by the time things settle down by the first of September.”

Both superintendents were guests on Wednesday’s edition of WDUN’s “Morning Edition with Bill Maine.”

Neither system had new facilities opening this year, but Williams suggested that the city will soon need to consider new buildings. Although he said the city’s elementary schools are all fairly new and in good shape, he said the middle school was a different story.

“Gainesville Middle is still fairly new, about a dozen years old,” he said. “But the biggest issue there is overcrowding there and also at GHS. We’ve got 13 buildings across 10 acres there. So as we look to future SPLOSTs and look at that growth we’re having, we really in many ways are just catching up the growth we’ve had. In the last 10 years, we’ve increased about two thousand students, about a 33 percent increase.”

Both men talked about the excitement of the first day and praised the role the teachers play in educating young people.

“Being able to see the excitement on the kids’ faces and seeing those light bulbs go off through the year, to me, that’s when you know you’re making a different in the life of a kid,” Williams said.

Schofield said that while technology is growing in use in classrooms, it will never take the place of a dedicated educator.

“The face-to-face interaction and real-time feedback is where true and deep and meaningful learning occurs,” Schofield said. “We’ve been awfully careful to use technology as a learning tool, but we haven’t been lulled into thinking that technology can ever being to replace that interaction and that contact of a caring and warm and competent teacher.” 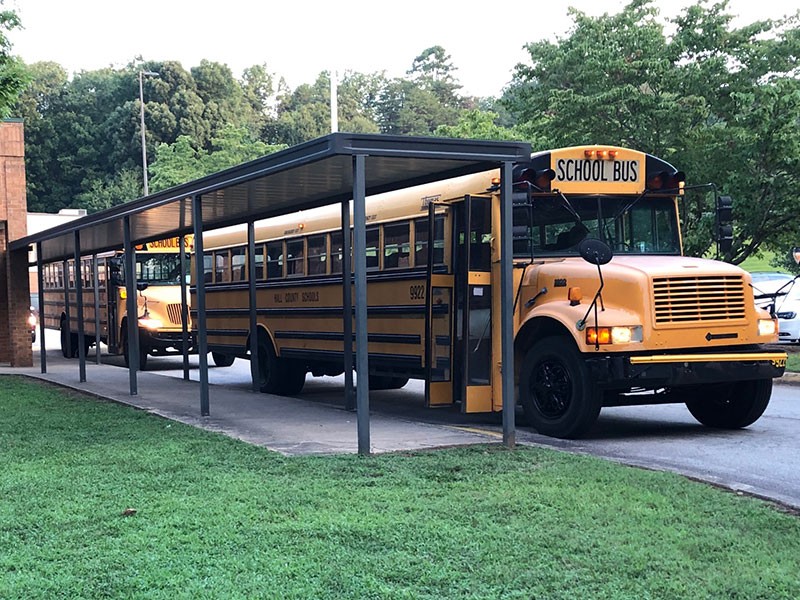