Chestnut Mountain Presbyterian Church Pastor Jon Batusic says the face of the community he’s lived in for over 30 years has changed significantly.

Residential growth that has been seen throughout southern Hall County has been felt in the unincorporated community and Batusic says the growth of nearby cities has changed where some residents affiliate themselves. What was once considered an outgrowth of Gainesville now to younger residents often feels more attached to Braselton or Flowery Branch.

Batusic said Chestnut Mountain has been around since the early 1800’s and has stayed close-knit.

“It’s been a long community with families that have been the core of the community,” Batusic said.

What hasn’t changed about Chestnut Mountain is Ga. 53’s role in the area’s growth.

“It originally was an Indian trading path way back in the 18th century, then it was a federal highway after that, the first main road through the area to connect the south to the north to a trading post,” Batusic said. “It’s always been an important road through the area and now it’s still the main south artery.”

The now four-lane divided highway is very much the spine of Chestnut Mountain, with the unincorporated community occupying Hall County’s southeast corner stretching along Ga. 53 from Tanners Mill Road to Martin Road and Sloan Mill Road.

Traffic along the highway can be heavy for much of the average workday, as it serves as the connector from Braselton and western Jackson County to the Hall County cities of Oakwood and Gainesville. Hidden behind the highway are the quieter residential roads that have swelled in population in recent years.

The first question anyone passing through Chestnut Mountain may ask is ‘where is the mountain?’

The ‘mountain’ lies at the southeast corner of the intersection of Ga. 53 and Ga. 211. It is unclear if the mountain, formally known as Chestnut Hill until around the time of the Civil War, qualifies geologically as a mountain. Batusic said the reason the name was changed from hill to mountain is unclear.

There are conflicting reports on the origin of the hill or mountain’s name. Some Georgia historical documents say the hill was originally called Price Mountain before being renamed for early settler J.T. Chestnut. Others say Chestnut Hill drew its name from chestnuts that once grew on the mound.

The schools and churches of Chestnut Mountain

Batusic said the Presbyterian church and Baptist church have both called the area home since the late 1800’s and have been an important staple of Chestnut Mountain.

“They’ve been the main two churches here,” Batusic said. “In cases where the elementary school burned on two different occasions, for instance, the classes were held in the two churches while they needed a school building.”

Both churches are located on Chestnut Mountain Circle, a small road parallel with Ga. 53.

Chestnut Mountain has played a key role in Northeast Georgia for decades as a hub for auto racing. Three different racing venues have called the community home since the 1950’s starting with the now defunct Hall County Speedway that lied on Ga. 211.

Mike Bell, a historian for the Georgia Racing Hall of Fame, says that first track was formed in an effort to bring racing back to Hall County after Gainesville Speedway was covered by water in the creation of Lake Lanier.

“Bobby Whitmire told me that they held a meeting up at the old steakhouse that was in Cornelia or Baldwin about the Banks County Speedway and Toccoa Speedway and what they were going to do for the year 1957. They were going to work together as sister tracks. On the way back, either (Jim) Robinson or (Ray) Cooper talked like ‘why don’t we build our own racetrack?” Bell said.

Bell said usage of the track slowly faded through the 1960’s and 1970’s as the types of race cars evolved and different promoters attempted to manage the track. In 1979, however, Bud Lunsford began planning a new track in Chestnut Mountain on Ga. 53 near Benefield Road. The track would go on to be known as Lanier Speedway and ultimately Lanier Raceplex.

“He didn’t open it until ’82,” Bell said. “It opened and ran for about five years as a dirt racetrack, and I think in ’88 it began running as an asphalt track.”

The track saw major racing events. Bell said national drivers frequented the track for many years including several appearances from what is now known as the NASCAR Xfinity Series.

The track now lies largely dormant with some small events only occasionally being held in the venue. Chestnut Mountain has maintained a presence in racing, however, as Road Atlanta has operated in a site directly across from Lanier Raceplex on Ga. 53 since 1970. The road track has been popular with auto racers around the world as the annual Petit Le Mans endurance race has been held there every year since 1998.

Bell said Chestnut Mountain’s residential growth could be a threat to racing in the area in the future.

“Once they get enough houses built around here, these will probably go away,” Bell said. “For right now, the sites are both remote enough from Atlanta that people from Atlanta can come out, enjoy themselves and go home and they can build a big crowd and not have a real problem with building a big crowd here.”

Batusic said Chestnut Mountain has largely been made up of a core group of families that have occupied the community since the 1800’s. Many of the roads in the area still bear the family names like Oliver, Strickland and Tanner.

“What makes it unique is those families are still here. The families that made up the community. and you read through the documents, the 1800’s and the 1900’s, those families still reside here, so there’s a longstanding, ongoing community here and the people all get along,” Batusic said. 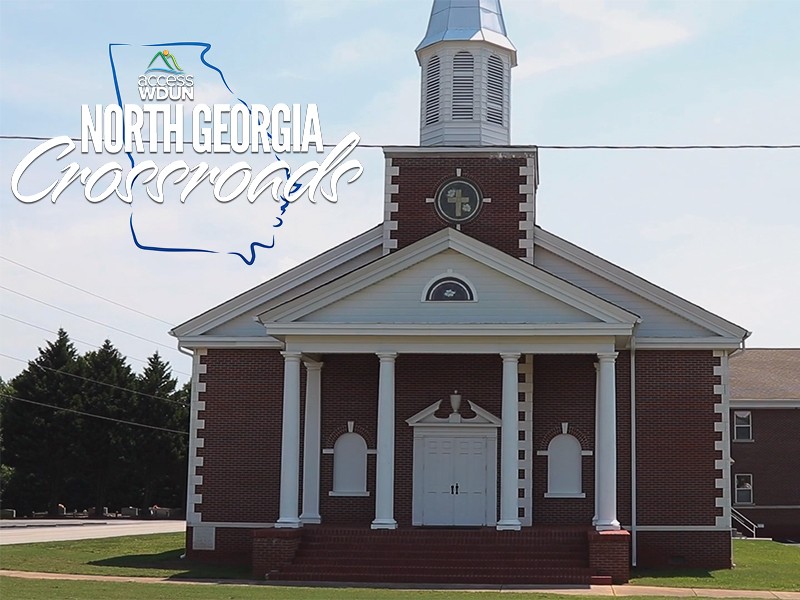