Lumpkin County has hired Caleb Sorrells as its next head football coach.

"We are extremely excited to have Coach Sorrells as the new head football coach," Jenkins said. "His passion towards family, kids and football really got our attention."

Sorrells has spent the last three seasons as the assistant head coach and quarterbacks coach at Stephens County.

Prior to Stephens, Sorrells coached at Cartersville and Gaffney, SC. While at Cartersville, he helped develop current–Clemson quarterback Trevor Lawrence.

Jenkins said a committee helped in the search for a new coach.

"Coach Sorrells had studied the history of Lumpkin football and he wasn't scared of it," Jenkins said. "He made a statement that really stood out to the committee. He said, 'I'm not running away from anything, I'm running to Lumpkin County' His enthusiasm is something our kids need. He has been in big-time programs that have been very successful. We felt he is ready to make his mark as a head coach." 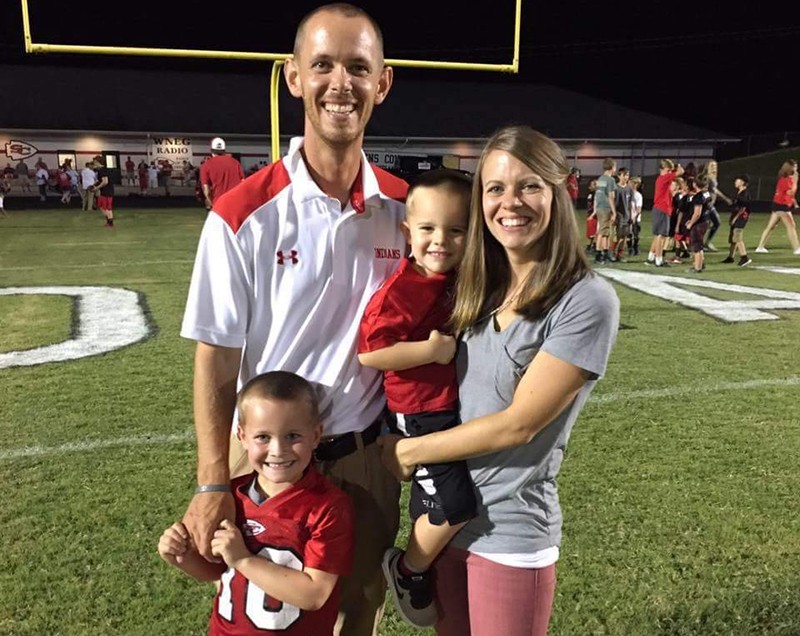 Caleb Sorrells, pictured with his family, has been hired as the next head football coach at Lumpkin County.