Hall County's Correctional Institute will now have a new use for it's beds that will result in some additional revenue for the county.

Warden Walt Davis told county commissioners at their Monday work session that the institute was operating with a surplus of 20 beds.

"We had, for many years, reserved some beds for county inmates at the C.I., particularly when the jail was housing inmates for other jails," Davis said. "Talking to the sheriff and talking to Jail Commander (Jeff) Shoemaker, they said they don't need those beds anymore."

He said the county has now reached an agreement with the Georgia State Department of Corrections to house state inmates in those Correctional Institute beds. That move, according to Davis, will stabilize the Hall County Jail's population and give the county an roughly $160,000 increase in revenue.

Commissioners approved the agreement as part of Thursday's consent agenda.

Another boost in revenue will come in the same intergovernmental agreement, as Davis said the state department also increased the county's subsidy at a 10 percent rate that will give Hall County another $137,000.

The agreement between Hall County and the state department is renewed each year. Davis said after Monday's meeting that the county had been pursuing these changes for around three months. 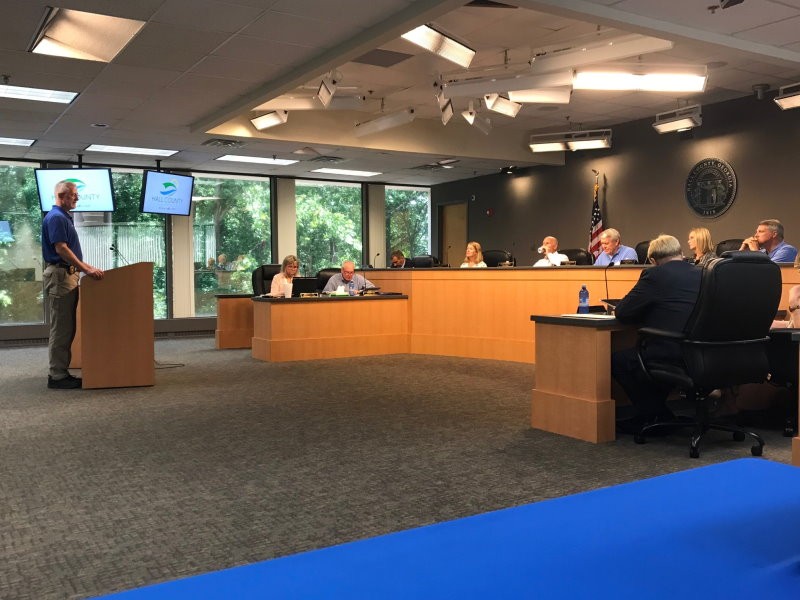