In a race that saw some tempers and trouble for several competitors, Lucas Ruark was rewarded for a flawless effort in the Young Lions feature. Ruark led from the pole and held serve on several restarts to take the checkered flag first, followed closely by second place Michael Gannon.

Lawson Ingold put on a show in the Semi-Pro feature, charging up from his seventh place starting position all the way to second. The one car Ingold couldn’t catch was the No. 72 of Nick Woodall, who set a blistering pace from the pole, even while working through lap traffic. Woodall led all 20 laps on the way to victory, followed by Ingold.

In Masters action, Doug Stevens was stellar, leading all 20 laps from the pole on the way to victory. Bill Plemons, Jr. and Robbie Woodall had a tight race for second, with Plemons prevailing and Woodall settling for third.

In addition to Saturday’s scheduled slate, each Bandolero division ran a second feature to make up races from February 23 that was affected by weather.

In the first Rookie Bandolero feature, polesitter Gianni Esposito led throughout, but not without fending off several challenges from Bailey Buchanan. The final challenge came with two laps to go when Buchanan took the inside line on Esposito in turn 1, but a skid by Buchanan allowed Esposito to keep the lead and ultimately the victory.

The second feature saw Briana Freeman lead the first nine laps, but a spin on lap 10 cost her the lead. Esposito inherited the top spot and didn’t look back, leading the final six laps and taking his second win of the day over second place Bailey Buchanan and Freeman, who recovered to finish third.

Garrett Gumm led from the pole early in the first Bandit race, but surrendered the lead to Kyle Bacon nine laps into the 20 lap feature. The pair ran nose to tail for several laps, with Gumm making several attempts to retake the lead from Bacon. With just a few laps to go Gumm pushed wide exiting turn 2, taking him out of the battle for the win. Bacon held on from there, taking the checkered flag over Lee Brown in second.

Bacon set the pace throughout the second Bandit feature, leading all 15 laps en route to his second win of the day, followed by Brown in second and Gumm in third.

In Outlaws competition, Mason Maggio and Kenny Brady split the two races with Maggio the winner of race one and Brady fending off Maggio to win race two.

The Legends and Bandoleros take to the Thunder Ring again on April 6 for the penultimate races of the Furious Five series. For more information, visit AtlantaMotorSpeedway.com. 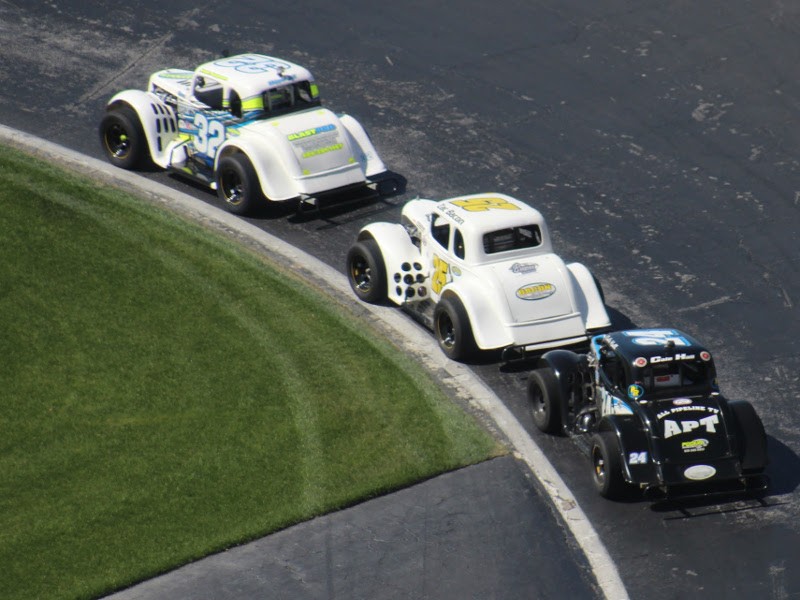