FLOWERY BRANCH - After months of consideration and discussion, including several trips back to the drawing board by design teams, city leaders in Flowery Branch voted Thursday evening to move forward on three extensive building projects, satisfied that every determination they can make based on artist’s renderings and architectural elevations fit the profiles they have envisioned.

In three separate and unanimous votes the city council accepted elevations presented by designers for:

Rick Atkinson, Director of Planning and Community Development for Flowery Branch, told council members that having both TRG and Woodfield Development working with the city at the same time is the best situation imaginable.  “I think we should consider ourselves really lucky to have hit two home runs with these developers,” Atkinson said.  “For us to come across two like this, I think we’re real lucky.”

City Manager Bill Andrew told council that his staff had done everything possible to assure the projects were exactly as wanted.  “Y’all need to make sure you’re comfortable with this.  This is the biggest thing I think the city has ever done and we have to get it right.”

City councilman Joe Anglin commended Andrew for his attention to detail, saying, “We all appreciate your level of dedication to this and the fact that you’re looking for perfection.  That’s what we’re trying to do because it is the one shot that we have.”

Kurt Alexander, Principle Partner with TRG, interjected that city leaders should not look at their decisions as “one-shot” decisions etched in stone, that design changes and appearance adjustments can still be made as the building process unfolds.

“I think what’s important to remember is you don’t have just one shot,” Alexander explained.  “This is not a one-shot deal.”

“This is a start,” Alexander said regarding approval of architectural elevations.  “It’s a process you’re getting ready to go through…and this is just the first step in that process.  We have to avoid end fatalism.”

Woodfield Development spokesperson Patrick Kassin agreed.  “We tried to listen to the comments we received last month and respond accordingly, and are committed to delivering high quality projects.”

Kassin said his firm was ready to begin construction in May.  TRG said its two projects should be finished by summer, 2021. 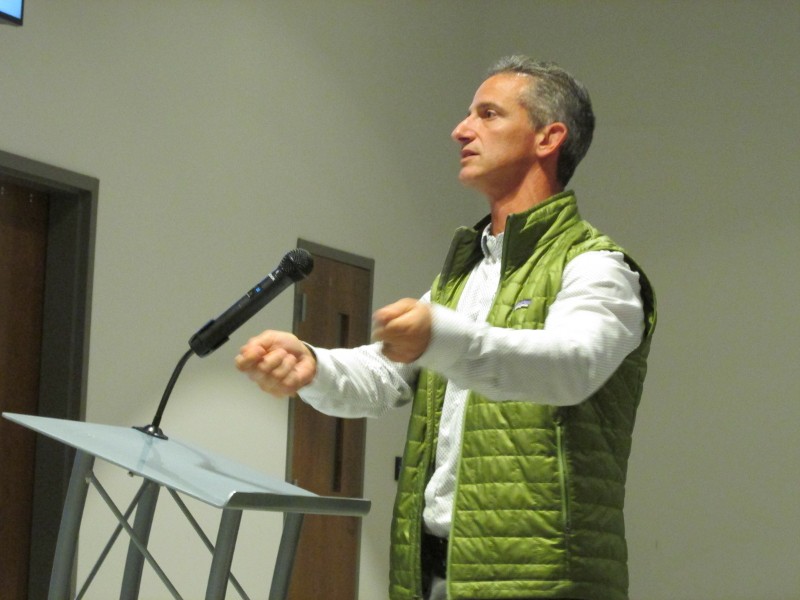