Lt. Don Scalia said the arrests happened on Tuesday, Nov. 26. The announcement of the arrests was made on Monday, Dec. 2.

"My office had received complaints in reference to a couple of massage parlors in town that were doing things they weren't supposed to be doing. They were offering basically sexual acts in exchange for money," Scalia said. "So we sent some undercover officers in to see what was going on, and it was exactly as it was reported to me. They offered the undercover officers sexual acts in exchange for money."

Scalia said he does not expect other arrests in this particular investigation. 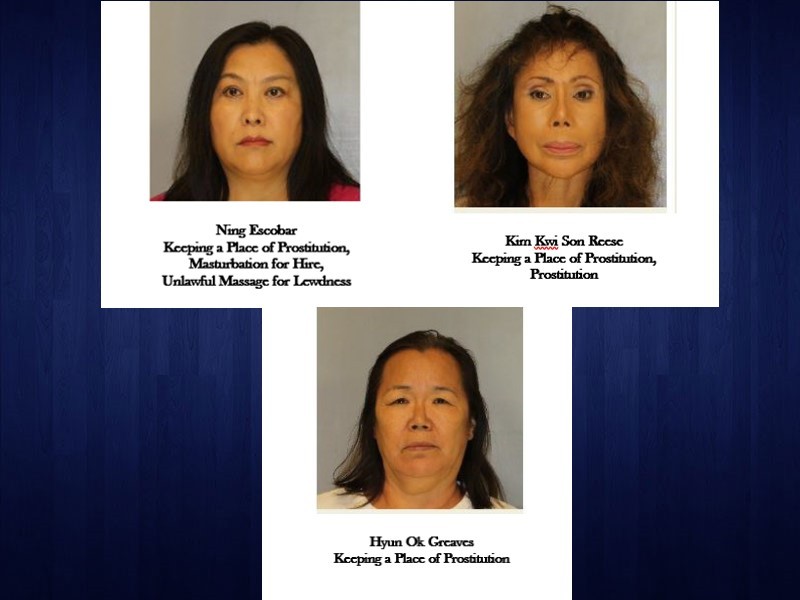