By The Associated Press
ATLANTA (AP) -- Records show that Georgia's state schools superintendent has been collecting a state car allowance worth more than $7,000 a year -- even though the state stopped offering the allowance to officials several years before he took office.

Records obtained by The Atlanta Journal-Constitution also show that state School Superintendent John Barge in 2012 regularly billed drives to and from his home in northwest Georgia as business travel.

Billing taxpayers for those drives is a practice the state's top accountant said is "inconsistent with IRS guidelines," the newspaper reported.

Barge said he was unaware that state budget officials had eliminated the vehicle allowance, which adds $587 a month to his state paycheck of more than $130,000 a year. Barge said he believed it was part of his salary package.

"Our folks thought we were doing exactly as we were being guided to do," Barge said. "We're not trying to defraud anybody of anything."

Barge's aides met Wednesday with state officials to discuss travel policy after the Journal-Constitution inquired about the payments.

Barge's staff was informed in November 2011 that he couldn't claim the motor vehicle allowance because it was "discontinued in fiscal year 2006," records show. In the memo, obtained through an open records request, former state budget chief Debbie Dlugolenski Alford suggested that Barge take the matter to the State Board of Education.

State education officials then began to craft an internal travel policy for the superintendent. At one point, they sought to have Barge's home in Kingston, Ga. - 60 miles northwest of Atlanta - designated as a state Department of Education office so he could collect mileage on trips he made from there, the newspaper reported.

Barge said he sought approval to report travel that originated at his home because in 2012 he increasingly worked there to care for his ailing wife. The travel policy drafted by his office would have established his house as his "headquarters for the day in which the superintendent is not intending to commute to the Atlanta office but is working on state business."

Barge said he stopped billing for such trips after Skelton's letter. He said his aides were trying all along to adhere to state travel policy, which he said needs to be clearer. 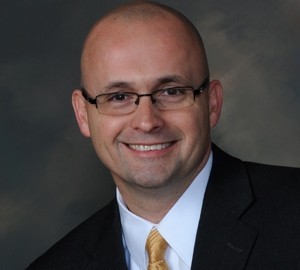