Opinion: Wolves physical nature too much -- for any opponent

Most people would rather avoid bumps and bruises.

For Buford football they are comfort.

The Wolves showed as much on Friday, and it won them yet another state championship in a 35-19 victory over Washington County in the Georgia Dome.

It took a while for Buford to find its punching power, trailing 13-7 at the half, but once the Wolves started slugging, there was only ever going to be one winner in the Class AAA title game.

Former heavyweight champ Mike Tyson once said, "Everyone has a plan until they get hit." For the Wolves that hitting is the plan -- even when they absorb a few haymakers along the way.

Buford reveled in its physicality in the second half, starting with a suffocating defensive stand that led to a 27-yard touchdown run up the middle for Thomas Wilson on the Wolves first offensive play of the third quarter. The run came courtesy a gaping hole in the previously stout Washington County defensive front and set the tone for a dominating final 24 minutes for the Wolves.

"At halftime we talked about being more physical. We weren't playing physical enough in first half," Buford linebacker Korie Rogers said. "The line needed to step up and be more physical, push people off the ball and do what they do. I loved watching the line in the second half. It was fun to see them run the ball."

The Golden Hawks kept fighting, coming up with a 64-yard touchdown pass with 6:40 remaining to stay in the contest. But it was nowhere near enough to stem the Wolves' onslaught.

Buford had a few big plays of its own, but -- in the end -- it was a sustained pounding along the line of scrimmage that made the difference and negated two long touchdown passes and a punt return for a score from the Golden Hawks.

And Buford reveled in every minute of it.

How brutal was it? Consider that the drive that moved Buford into full control of the scoreboard at 28-13 consisted of 10 plays and 65 yards -- all along the ground. The Wolves finished up with 239 yards rushing -- 187 of that in the second half.

"I like playing hard and fast and playing behind the best offensive line in the state," running back Thomas Wilson said. "We knew we needed to come out and be more physical and dominate the other team in the second half, and I felt like we did that."

The Wolves hardly even threw a pass after the interval -- though when it came, Washington County had no choice but to bite on the play-action that freed up Isaac Nauta for the huge gain that helped seal the outcome.

Yet perhaps no instance better summed up the night -- and Buford's strong-arm style than the fourth-and-one play that turned the game for good. Trailing 21-13, Washington County was still very much in the contest early in the fourth quarter but faced a make-or-break moment at its own 40. The Golden Hawks coaching staff made the right decision -- giving the ball back to Buford at that point was just delaying the inevitable -- but the Wolves were having none of it. Rogers exploded past the Washington County offensive line and stuffed quarterback A.J. Gray with a lusty sort of vengeance that let everyone in the Georgia Dome know for sure who was in charge.

It was a measure of just how stout Buford is as a program that it could ride a roller-coaster first half and make it seem as though it never even happened just minutes later.

It was impressive to watch, and another title was a well-earned reward. 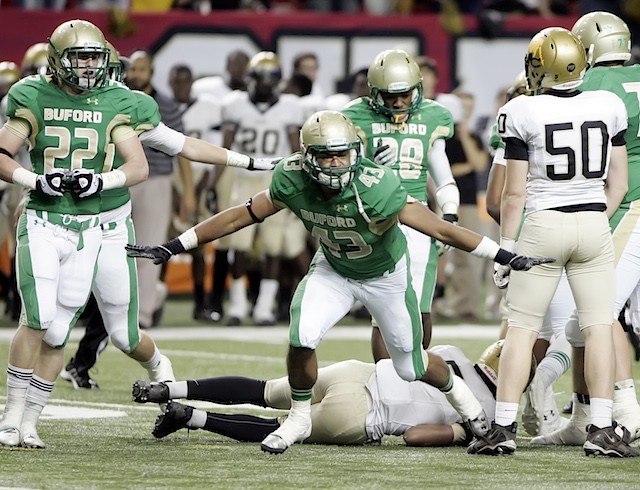 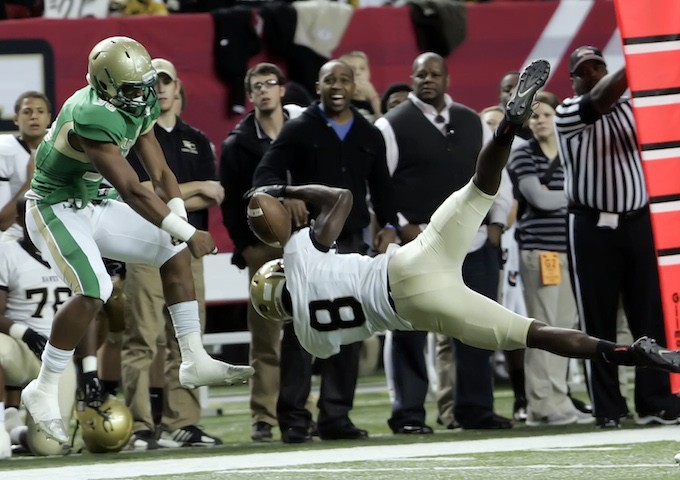 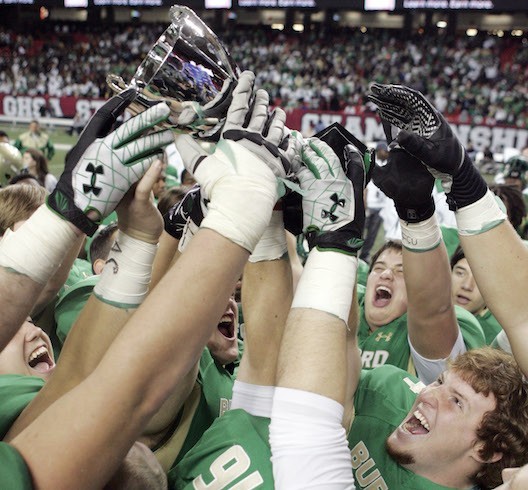 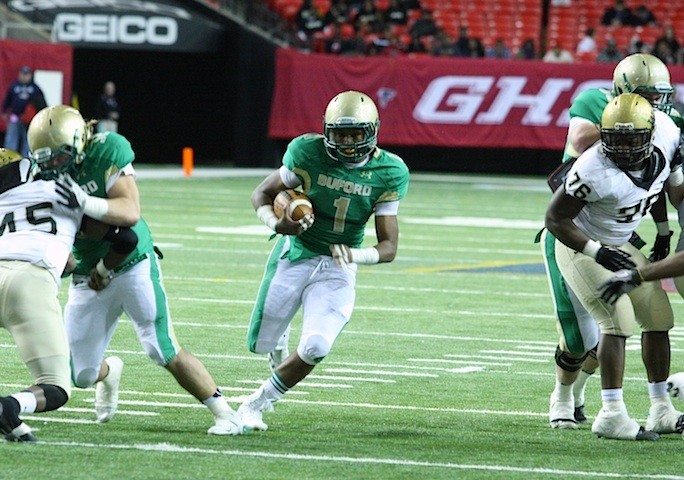