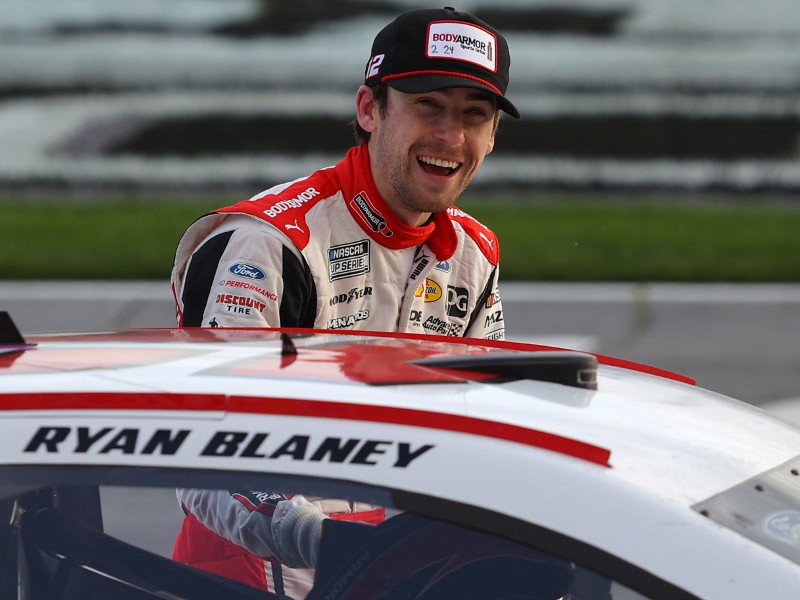 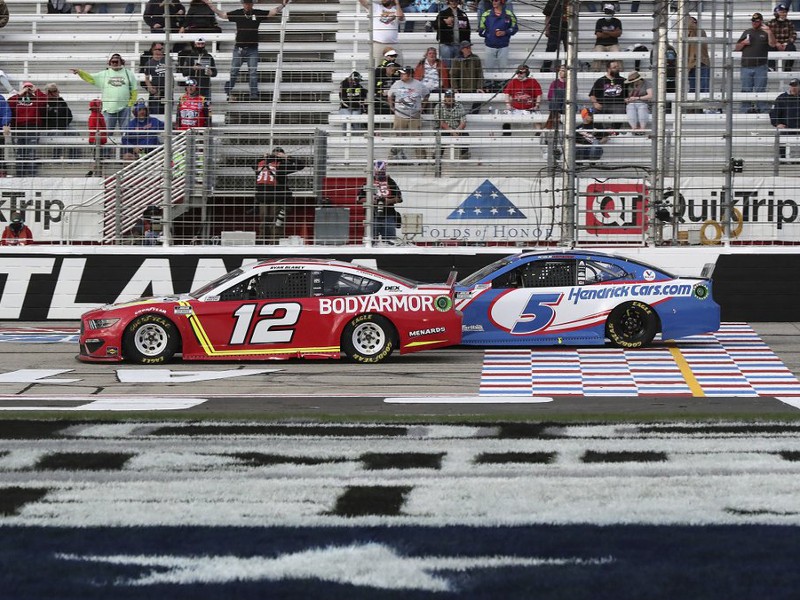 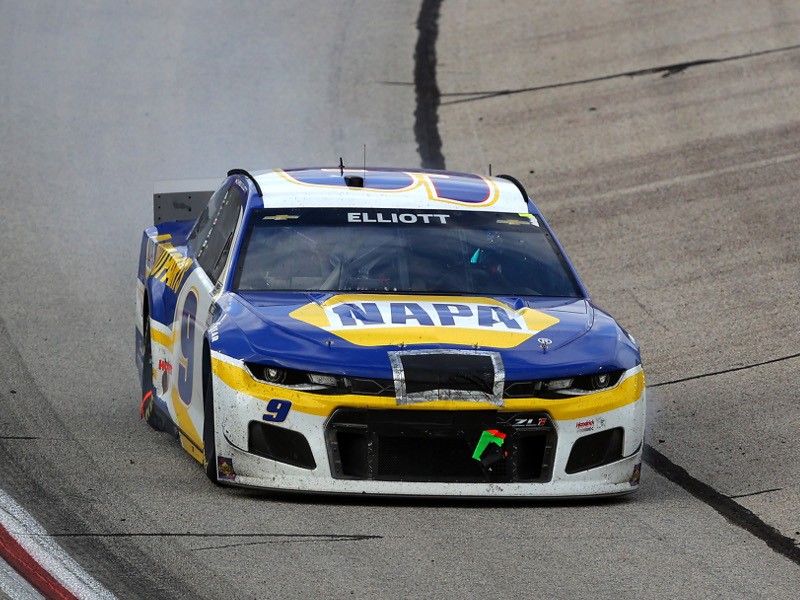 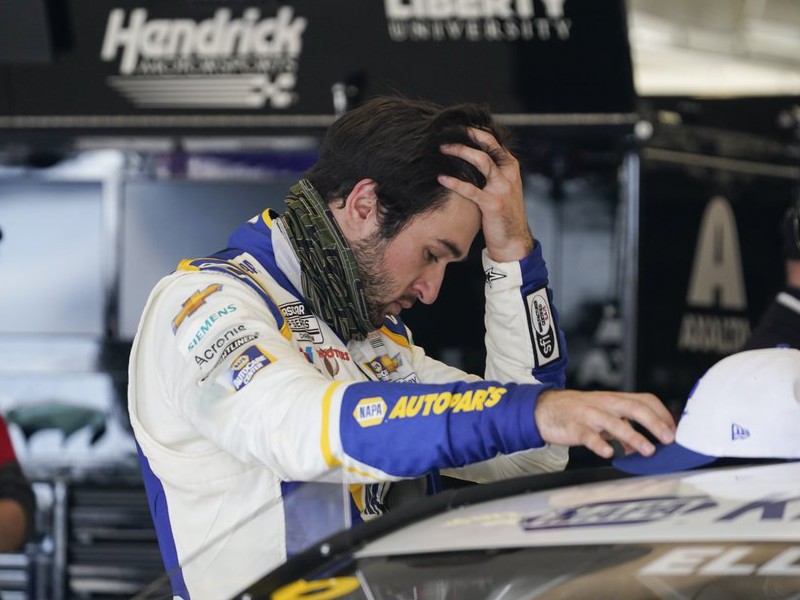 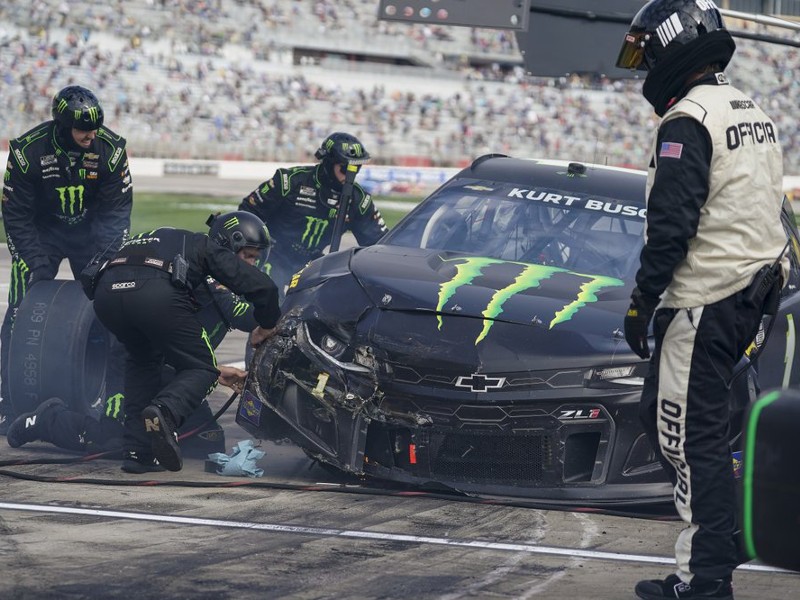 With 10 laps to go on Sunday, Kyle Larson had his second NASCAR Cup Series win of the season in hand at Atlanta Motor Speedway.

But he saw it slip away when Ryan Blaney powered his No. 12 Ford around Larson’s Chevy and drove the rest of the way to score the win in the Folds of Honor QuikTrip 500.

It gives Blaney his fifth career victory, and it gives Ford their fifth straight Atlanta victory. It also gives NASCAR six different winners in the first six races of the season.

It also gives the High Point, North Carolina racer his first victory on a 1.5-mile speedway.

“Gosh, we had a great long run car all day. It took us a little bit to get going,” said Blaney. “I was pretty free all day, so we made a really good change to tighten me up where I needed it and it looked like Kyle (Larson) was getting loose and I’m happy it worked in our favor that there was a couple long runs at the end that kind of let us get there. He got slowed up behind some lap traffic, but I’m really proud of this whole BodyArmor, Menards No. 12 group. We’ve been good this year and had some bad breaks and it’s nice to close out a race like that. That was awesome.”

Blaney spent most of the day chasing Larson, who was the class of the field, leading five times for 269 of the 325 lap race distance.

Things looked briefly like they might go Blaney’s way when his Team Penske crew got him off pit road first when the field came in for stops under caution on lap 221. Blaney would hold the lead for until lap 230, when he allowed Larson to go by to give Blaney a chance to clean trash off the grill of his car.

With the trash gone, Blaney tried to close, only to see Larson again begin to drive away.

Larson stayed in control most of the rest of the way, losing the lead only temporarily during the last round of green flag pit stops.

As the laps wound down, Larson had built up to almost a two and a half second lead. But with both cars slipping on worn tires on the worn out Atlanta asphalt, Blaney began to gain. With 12 laps to go, Blaney caught the leader. Two laps later, Blaney made the winning move, and went on to take the victory by a two-second margin.

Blaney led three times for a total of 25 laps, including the most important one – the last lap.

“The 5 (Larson) was crazy fast there the whole race and then we started closing in. Our car got a lot better there. I think towards the end of stage two it was starting to get there and then before that last green flag stop it really came to life and he was starting to struggle getting really free. I don’t know if the track changed or what, but we were just tightening it up all day. I’m happy there were a couple long runs at the end. That’s where our strong suit was and we capitalized on it. I can’t thank BodyArmor, Menards, DEX, Advance Auto Parts enough for what they do and Ford. It’s cool to get a win at Atlanta. I love this place. It’s nice to have a good run here and win.”

For Larson, who swept the first two segments of the race, it was a disappointing result to a dominant performance.

“I think he just got a lot better there that last Stage and it kind of changed up my flow of the race a little bit,” Larson said. “I could get out to such a big lead and then I could take care of my stuff and run the bottom, where it was maybe slower, but I could take care of my tires. He was fast there and I just wanted to maintain that gap that I had, so I had to run in the faster part of the racetrack and just use my stuff up. And then, he was just a lot better than me there late in the run.

“Hate to lead a lot of laps and lose, but we had a really good car that we brought to the track. Our HendrickCars.com Chevy was fast there for a long time. I don’t really know, I don’t know if we got that much worse or he just got way better and, like I said, it just kind of changed up the flow of my race.”

With Larson spending most of the day with cruise control engaged, it was a largely quiet day, with only three cautions flying for on-track incidents.

One of those occurred on a lap 113 restart, when Kyle Busch spun his tires while restarting on the outside row. That set up an accordion effect behind him, with Denny Hamlin making contact with the back bumper of Kurt Busch’s No. 1 Chevrolet. That turned Kurt Busch up into the wall, leaving his car heavily damaged and ending what had been a promising day early with a 39th place finish.

“Yeah, I think the No. 18 (Kyle Busch) was the outside-lead car,” said Kurt Busch. “The No. 9 (Chase Elliott) kind of checked-up, too. I checked up. The No. 17 (Chris Buescher) hit us from behind. It was just the accordion effect and then I jumped to the middle. I’m like ‘I’m here’. I positioned myself. It wasn’t like I re-arranged my lanes and made another block.”

“He didn’t do anything vicious or malicious there,” he added. “It’s a 500-miler and these are the days that it hurts the worst. This absolutely hurts the worst because we had a top-five, winning, Monster Energy Chevy.”

Alex Bowman finished in third, with Denny Hamlin in fourth and Kyle Busch in fifth.

For hometown hero Chase Elliott, it wasn’t the day he hoped for. The Dawsonville, Georgia native started his day at the back of the field after his car failed pre-race tech inspection. He raced his way into the top 10, and was fighting for position on the lap 113 restart. When Kyle Busch spun his tires, Elliott made contact with him, leaving Elliott’s No. 9 Chevy with front end damage.

The day went south completely on lap 220 when the engine in Elliott’s car expired, leaving him with a 38th place result.

“Yeah, obviously we broke a motor there later on,” said Elliott. “We got some damage there on that restart. Kyle (Busch) kind of spun his tires and then I was pushing him and Kurt (Busch) was pushing me. We all just really jammed together hard and ended up hurting the nose some. So, I don’t know if that had something to do with breaking the engine or not.”

Elliott’s woes came in front of around 15,000 home state fans, as PRN Radio reported that all seats that were available for Sunday’s race were sold out.

“It’s great to be home in Georgia, home for me and home for NAPA Auto Parts,” Elliott said. “I wish we could have had a good result, but we’ll try again at Bristol.” 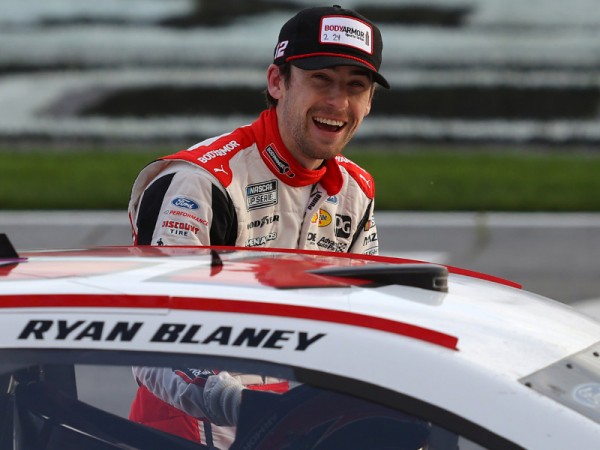 Blaney chases down Larson for Atlanta Cup victory
​With 10 laps to go on Sunday, Kyle Larson had his second NASCAR Cup Series win of the season in hand at Atlanta Motor Speedway. 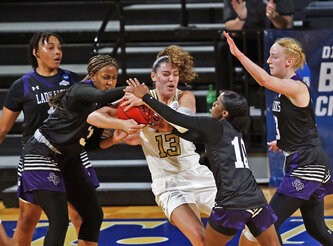 Lady Jackets rally for OT win to avoid upset
Lorela Cubaj scored 14 points, including the go-ahead free throws in overtime, and the fifth-seeded Yellow Jackets came back from a 17-point halftime deficit to turn back 12-seed Stephen F. Austin 54-52 on Sunday... 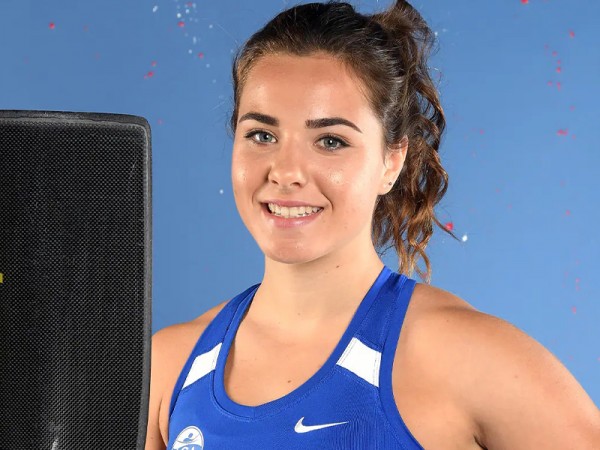 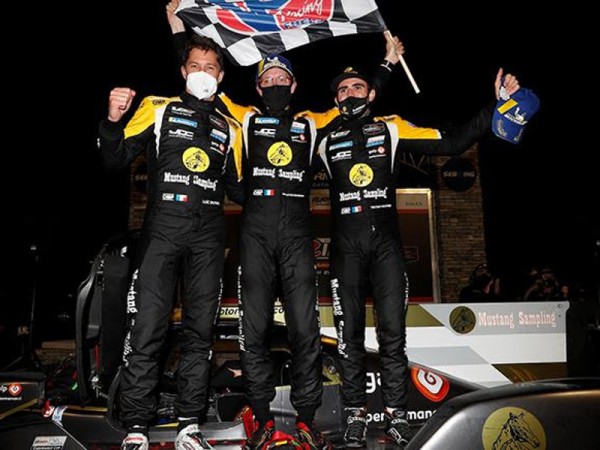 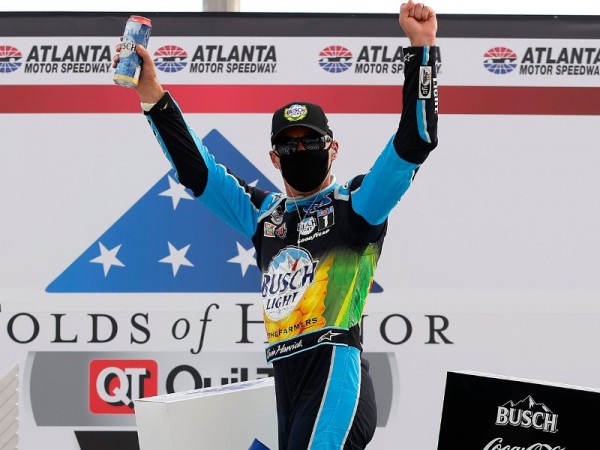 Will NASCAR Cup Series drivers share the wealth at Atlanta?
It’s unusual for the NASCAR Cup Series to run six races to start a season without seeing a repeat winner. Not since 2014, when Kevin Harvick became the first multiple winner... 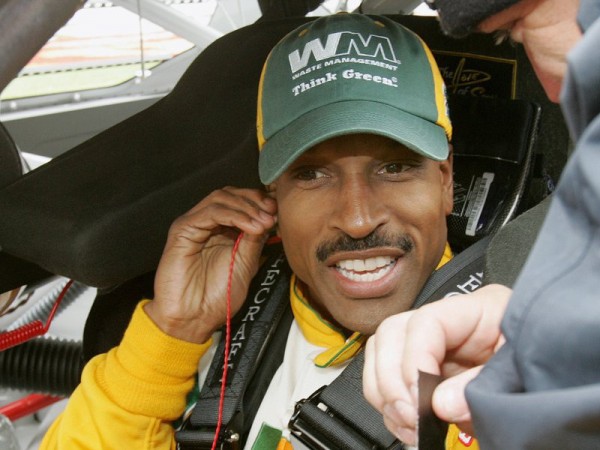 Bill Lester returning to a more welcoming, diverse NASCAR
Bill Lester, one of only a handful of Black drivers to ever race full-time in NASCAR, will return to competition 14 years after his last start.
NASCAR News 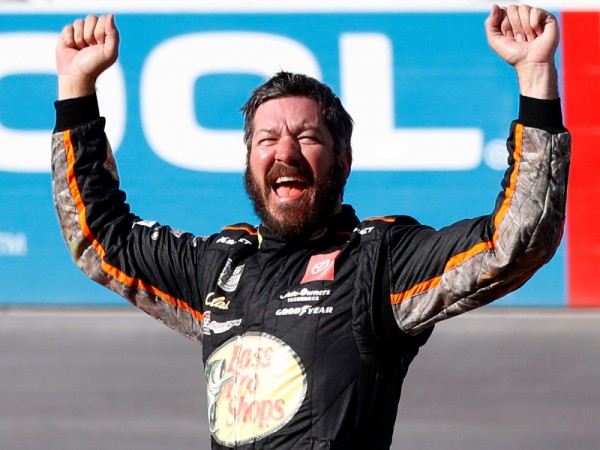 Martin Truex, Jr. tops competition for Phoenix Cup win
Martin Truex, Jr. overcame an early-race brush with the wall and took the lead on the final restart with 25 laps remaining to earn his first victory of 2021 and first in 31 career starts at Phoenix Raceway. 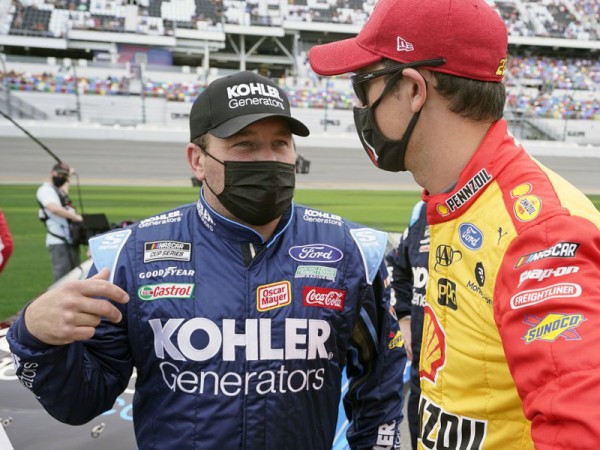 One year later, NASCAR reflects on a COVID-changed sport
The big story at Phoenix Raceway one year ago was the remarkable recovery of veteran driver Ryan Newman, who strolled around the infield sipping a soft drink just weeks after... 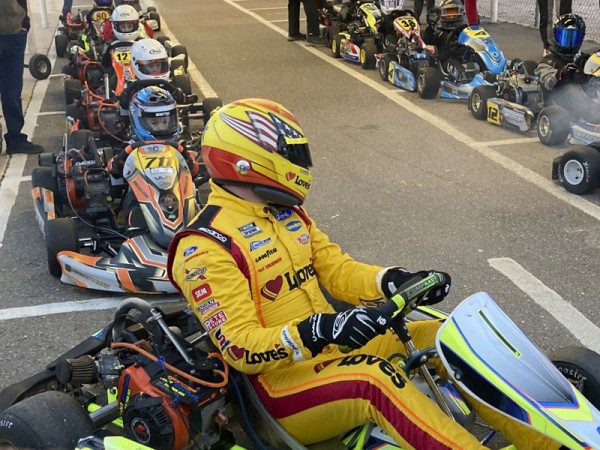 Daytona 500 winner McDowell goes karting in hometown
Michael McDowell gripped the wheel of his kart and hung on the best he could as an elementary-school aged boy bumped him from behind and prepared for the pass.
NASCAR Cup 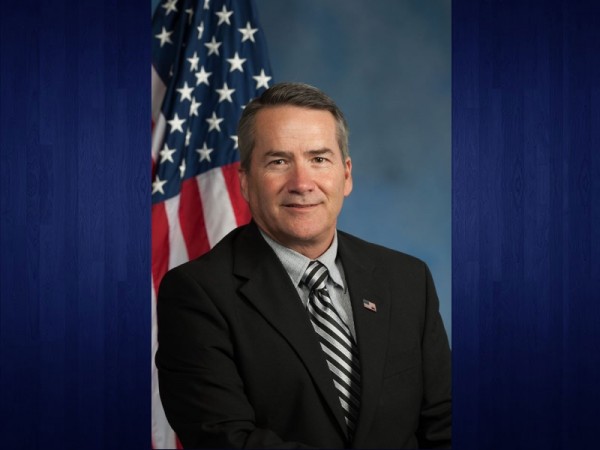 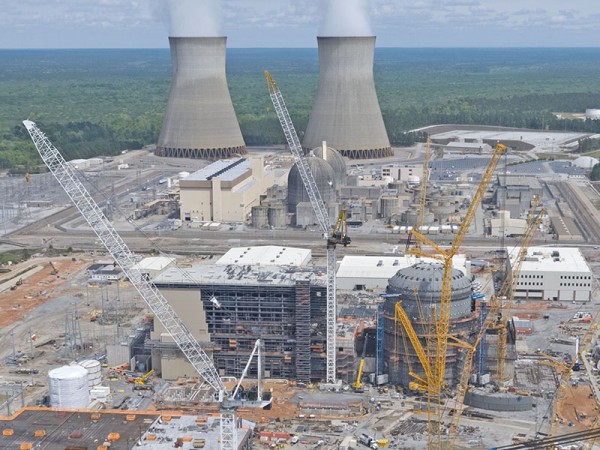 New delays at Vogtle could mean higher power bills
Southern Company said last week it will likely miss the first deadline this fall for completing the first of new nuclear reactors at Plant Vogtle in east Georgia.
By AccessWDUN staff and wire services