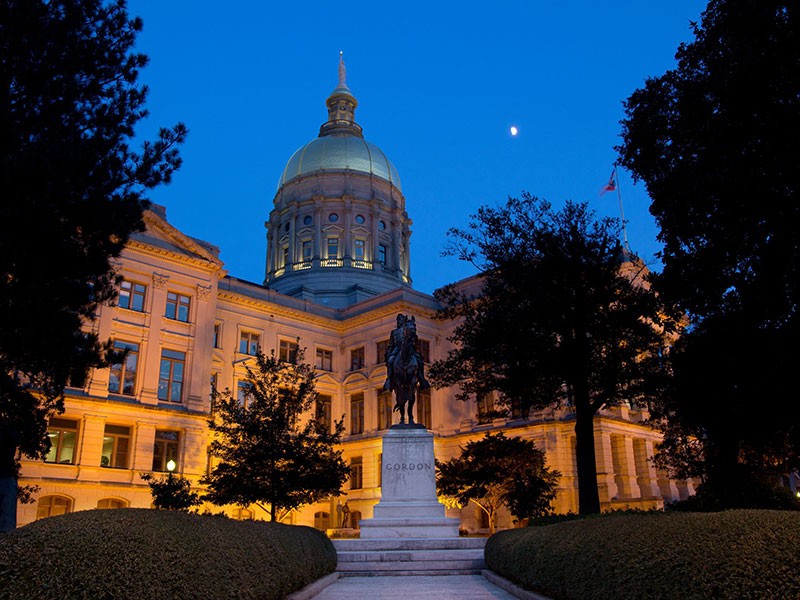 ATLANTA (AP) — Georgia state lawmakers could see their pay cut by 11% under a proposal advancing in the state Senate.

Senators voted 43-3 on Tuesday to pass House Bill 1094, sending it back to the House for more debate.

As now written, the bill would cut lawmakers' yearly salary of more than $17,350 by 11% in the budget year beginning July 1. Lawmakers would still get their full daily expense pay. Republican Lt. Gov. Geoff Duncan's pay of nearly $92,000 a year would be cut by 14%.

“It is making a statement that we're all in this together,” said state Sen. Jeff Mullis, a Chickamauga Republican who earlier presented a bill to study raising salaries.

Lawmakers say they want to give up part of their pay to show they are sharing in the suffering of state agencies, K-12 schools, universities and others that are likely to face 10% budget cuts after state tax revenue fell during the coronavirus pandemic.

Duncan publicly volunteered to take the cut earlier, when budget reductions were pegged at 14%.

Senate Appropriations Committee Chairman Blake Tillery, a Vidalia Republican, has said that House budget negotiators have agreed, in general, to cut spending in their chamber. Representatives have yet to take a vote on a direct pay cut to themselves, though. Lawmakers are expected to wrap up talks on spending nearly $26 billion in state revenue by Friday.

Woman allegedly forced to remove hijab after protests arrest
A Muslim woman arrested during protests in Miami has allegedly been forced to remove her religious head cover at a correctional center and her mugshot has been taken without it, according to her lawyer, in an incident that has focused attention on questions about religious rights while in custody

Rayshard Brooks' funeral to be held at King's former church
Rayshard Brooks is to be remembered at the Atlanta church where the Rev. Martin Luther King Jr. once preached
AP Online - Georgia News