Hurricane warning for New Orleans as Zeta swirls over Mexico

NEW ORLEANS (AP) — Residents of the storm-pummeled Gulf Coast steeled themselves for yet another tropical weather strike Tuesday after Zeta raked across the Yucatan Peninsula on a track that forecasters said would likely bring it ashore south of New Orleans as a hurricane.

Tropical Storm Zeta, the 27th named storm of a very busy Atlantic hurricane season, headed for a Wednesday evening landfall and was expected to bring another round of high water and strong wind to a state that already this year has been hit by two tropical storms and two hurricanes: Laura, blamed for at least 27 Louisiana deaths after it struck in August, and Delta, which exacerbated Laura’s damage in the same area weeks later.

This time, Zeta — with 65 mph (100 kph) winds and centered 520 miles (835 kilometers) south of the mouth of the Mississippi River — was on a track for southeast Louisiana. Its approach frayed nerves in New Orleans, where thousands of evacuees left homeless by Laura are sheltered in hotels.

“It really is scary, and I don’t know what to do,” said Yolanda Lockett, who evacuated her Lake Charles apartment — now a rain-soaked, moldy mess — ahead of Laura at the end of August. “I’m physically and mentally tired,” she said, standing outside a New Orleans hotel.

Hurricane warnings went up from the central Louisiana coast to the Alabama state line. Louisiana Gov. John Bel Edwards declared an emergency ahead of the storm. And commercial fishermen, again, had to stop fishing, stop marketing their catch and pull in their boats.

“The sad thing about is, the industry shuts down for a week, a week and a half with this stuff every time it happens,” said Acy Cooper, a shrimper in Plaquemines Parish at Louisiana’s southeastern tip. “It’s just killing our fishing man. Killing us.”

It wasn’t just Louisiana. On Dauphin Island, located off the Alabama coast south of Mobile, workers at Dauphin Island Marina prepared for Zeta on Tuesday even though little remained of the business to protect after it was pummeled by Sally in September. Pilings with no decking rise from the water and a few boats that sunk during that hurricane are still on the bottom.

“Right now we’re packing stuff up just to be safe. They’re saying it’s only supposed to be a Cat 1, but who knows,” said marina employee Jess Dwaileebe. “We don’t have any docks or fuel pumps at this point. Sally took it all out.”

In Waveland, Mississippi, hardware store operator David Hubbard said a few people were moving boats out of the town harbor but he’d yet to see a rush of people buying plywood, generators or other storm supplies. Most people already have what they need because Zeta is only the latest threat in a busy hurricane season, he said.

Zeta made landfall in Mexico on Monday as a hurricane just north of the ancient Mayan city of Tulum with maximum sustained winds of 80 mph (130 kph). It weakened to a tropical storm as it crossed over land, but it was expected to regain strength over the Gulf of Mexico.

Zeta broke the record for the previous earliest 27th Atlantic named storm that formed Nov. 29, 2005. It's also the 11th hurricane of the season. An average season sees six hurricanes and 12 named storms.

There have been so many storms this season that the hurricane center had to turn to the Greek alphabet after running out of assigned names.

The extraordinarily busy hurricane season has focused attention on the role of climate change, which scientists say is causing wetter, stronger and more destructive storms.

Zeta is just the latest in a series of troubles for fishermen like Peter Gerica. He works in the Lake Pontchartrain area and has also had to deal with silt and pollution in the lake — a byproduct of the opening of a spillway to deal with dangerously high water on the Mississippi River earlier in the year. And, he said, there is also a depressed seafood market because of the coronavirus pandemic.

“When you have acts of nature that come along, and it loses time for you, you can’t make it up,” says Gerica. “It’s lost.”

Worst place, worst time: Trump faces virus spike in Midwest
The coronavirus is getting worse in states that President Donald Trump needs the most 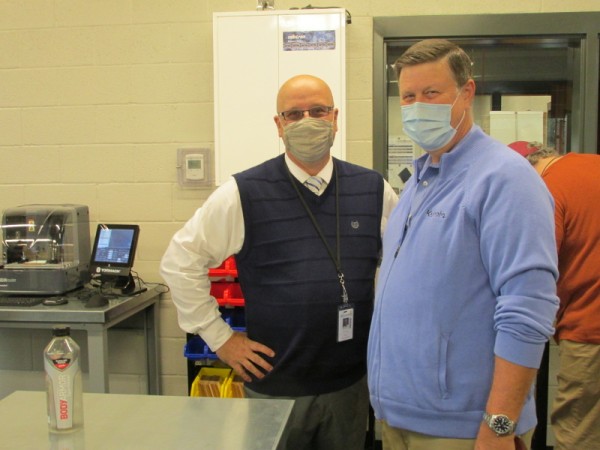 Here's why Ant Group is about to shatter IPO records
Over a billion people in China use Alipay, a digital wallet, to do everything from making payments to online and offline stores, splitting restaurant bills with their friends, and managing their investments

Can I celebrate Halloween during the pandemic?
Health officials say Halloween traditions should look a little different this year to reduce the spread of COVID-19
AP National News

Coronavirus deaths are rising again in the US, as feared
Deaths per day from the coronavirus in the U_S_ are on the rise again, just as health experts had feared, and cases are climbing in nearly every state, despite assurances from President Donald Trump over the weekend that “we’re rounding the turn, we’re doing great.”

Tom Cotton is campaigning hard, just not for reelection
Republican Sen. Tom Cotton is on the ballot again six years after being elected in a heated race, but this time his campaign's focus isn't on Arkansas

60,000 in Southern California to evacuate after blaze grows
A fast-moving wildfire has forced evacuations for 60,000 people in Southern California as powerful winds across the state prompted power to be cut to hundreds of thousands to prevent utility equipment from sparking new blazes
Top U.S. News short headlines

Winds and rain whip Yucatan resorts as Hurricane Zeta nears
Hurricane Zeta is lashing Mexico’s Caribbean coast resorts around Tulum with high winds and rain as it heads toward the Yucatan Peninsula for landfall in the middle of the night, before moving on to a potential hit on the central U.S. Gulf Coast at midweek
Top General short headlines

Worst place, worst time: Trump faces virus spike in Midwest
The coronavirus is getting worse in states that President Donald Trump needs the most
By The Associated Press

Coronavirus deaths are rising again in the US, as feared
Deaths per day from the coronavirus in the U_S_ are on the rise again, just as health experts had feared, and cases are climbing in nearly every state, despite assurances from President Donald Trump over the weekend that “we’re rounding the turn, we’re doing great.”
By The Associated Press

Tom Cotton is campaigning hard, just not for reelection
Republican Sen. Tom Cotton is on the ballot again six years after being elected in a heated race, but this time his campaign's focus isn't on Arkansas
By The Associated Press
Privacy | User Agreement | Contact | Advertise With Us
2021 © Jacobs Media Corporation. All rights reserved. EEO Report. Website by Full Media
Login / My Access
close
Search