This undated image released by William Morrow shows author Dorothea Benton Frank. Frank, who set such best-sellers as “Sullivan’s Island” in her native South Carolina, died Monday, Sept., 2, 2019, after a brief battle with leukemia. She was 67. (Steve Rosamilia/William Morrow via AP)

NEW YORK (AP) — Novelist Dorothea Benton Frank, who set such best-sellers as "Sullivan's Island" in her native South Carolina, has died. She was 67.

Frank died Monday after a brief battle with leukemia, publisher William Morrow announced. For the past 30 years, she had homes in Montclair, New Jersey, and Sullivan's Island, South Carolina, part of Charleston County.

"Sullivan's Island" was her first book, completed when she was in her mid-40s and published in 1999. It was the story of a troubled woman confronting her past and was the first of many "Low Country" tales, among them "Isle of Palms" and "Shem Creek."

Her other novels included "By Invitation Only," ''The Last Original Wife" and "All the Single Ladies." Her novel "Queen Bee" came out in May.

Pentagon chief says talks 'still ongoing' to end Afghan war
U.S. Defense Secretary Mark Esper says it's too early to talk about the start of a troop withdrawal from Afghanistan

Lawyer: City needs to admit guilt in Bucks player's arrest
An attorney for Bucks guard Sterling Brown says Milwaukee's $400,000 offer to settle Brown's lawsuit against the city over his arrest last year is insufficient because it doesn't include an admission of guilt

You want drama? No. 10 Auburn supplies plenty of that
No. 10 Auburn has been quite the drama magnet under coach Gus Malzahn

New 'It' film portrays painful true chapter of LGBT history
Moviegoers from Maine who watch the film "It: Chapter Two" this weekend might recognize a scene that draws on a painful event from the state's history

Tagovailoa leads No. 2 Alabama to 42-3 rout of Duke
Tua Tagovailoa threw for 336 yards and four touchdowns as No. 2 Alabama overcame a sluggish start to blow out Duke 42-3 in the Chick-fil-A Kickoff Game in Atlanta 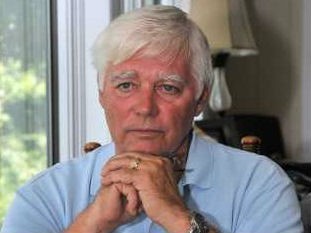 Gainesville woman, a recognized leader in nursing profession, dies
A celebration of life will be held Saturday for Evelyn Waugh whose name is synonymous with the nursing profession in Gainesville.
By Ken Stanford
Privacy | User Agreement | Contact | Advertise With Us
2020 © Jacobs Media Corporation. All rights reserved. EEO Report. Website by Full Media
Login / My Access
close
Search