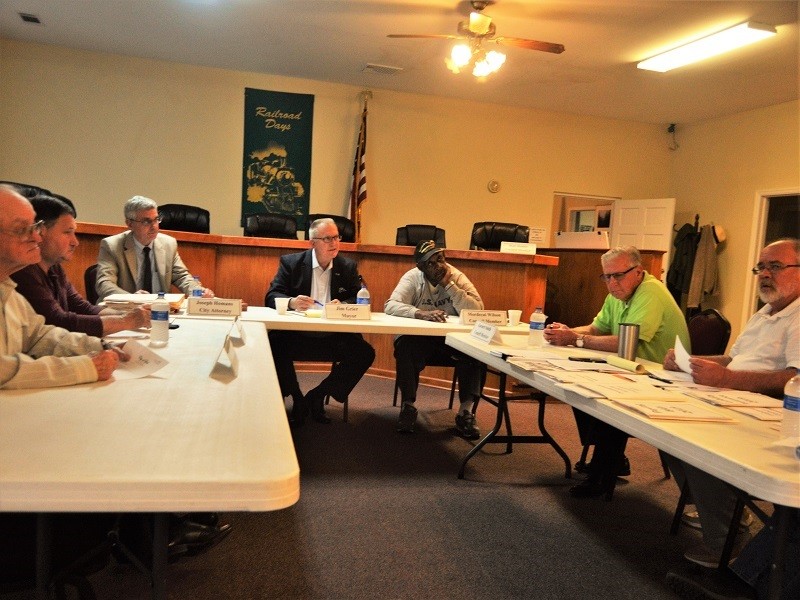 LULA – Hall County municipal leaders heard Monday that inmate housing will get more expensive for cities that use the Hall County Detention Center to incarcerate those they arrest.

That discussion occurred during the monthly mayors’ lunch.

Lula City Manager Dennis Bergin highlighted some of the particulars of the proposed agreement for his city’s council during its work session Monday night.

“The sheriff called me about a week ago…and he pointed out that we’ve never incarcerated anybody in his jail,” Bergin said.

Lula doesn’t have its own police force and therefore doesn’t send people to jail but should there be changes in the future the increased housing cost could affect the city.

“We talked about it a little bit briefly today at lunch with all the other cities that received the same proposal,” Bergin said. “The county commission has already approved the rate of $60 per day, so I don’t know how much wiggle room there is.”

Bergin said the county is doing away with fine add-ons that took the place of a set inmate housing fee.

“What has happened in the past is you can have a 10-percent fee that’s tacked on to whatever fine was given, and the county would recoup that,” Bergin said. “They’re doing away with that entirely.”

Additionally, the new fee would eliminate the one-time booking fee when a city takes in a prisoner.

“In the old agreements, there was a booking fee, which was about $75,” Bergin said. “This agreement, in a nutshell – just giving you the top and bottom of it – there would be no booking fee, so it would be a flat $60 a day. Let’s let our attorney review that.”

Bergin said Lula shouldn’t take the lead on the issue because the city has not used the Hall County Detention Center since it doesn’t have its own police force.

“Let’s make sure if there’s going to be some negotiation with other cities that utilize that service regularly – and understand cost is going from $38.50 a day to $60 a day – if there’s some negotiation, then whatever is good for the goose should be good for us as well,” Bergin said.

Bergin suggested after City Attorney Joey Homans reviews the housing agreement he report back to the mayor and council but added the city may want to wait to see how negotiations between cities that use the jail go with Hall County.

“Certainly, Gainesville has much more opportunity to incarcerate somebody in the county jail than we do, so that would benefit them more to negotiate,” Mayor Jim Grier said. “We just benefit from what they do.”