WASHINGTON (AP) — The Trump administration broke off vehicle mileage standards talks with California on Thursday, moving the two closer to a possible court battle that threatens to unsettle the auto industry.

The White House said in a statement that the administration, which wants to freeze mileage standards, would now move unilaterally to "finalize a rule later this year with the goal of promoting safer, cleaner, and more affordable vehicles."

California officials and the Trump administration each accused the other of failing to present any good compromise proposal in the mileage dispute, which comes as President Donald Trump feuds with the Democrat-led state over his proposed border wall and his threats to take back federal money.

The administration announced last year it wanted to freeze what would have been tougher, Obama-era mileage standards for cars and light trucks. It would be one of a series of rollbacks targeting Obama administration efforts against pollution and climate change.

Under the administration proposal, the standards would be frozen after slightly tougher 2020 levels go into effect, eliminating 10 miles per gallon of improvement to a fleet average of 36 miles per gallon in 2025.

As part of the proposed mileage freeze, the administration threatened to revoke California's legal authority to set its own, tougher mileage standards, a waiver granted that state decades ago to help it deal with its punishing smog. About a dozen states follow California's mileage standards.

Lawmakers and automakers have urged the two sides to settle, warning that a split could divide the auto market, bring years of court battles and raise costs for automakers.

"This administration's negotiations with the State of California over fuel economy and greenhouse gas emissions standards have been superficial and not robust at best, or duplicitous and designed to fail at worst," Sen. Tom Carper of Delaware, the top Democrat in the Senate's Environment and Public Works Committee, said in a statement late Wednesday, as the formal negotiations breakdown loomed.

"Litigation is not the best option here. It wastes time, money, creates uncertainty for American automakers, and harms the environment," Carper said.

California officials say the administration never offered any compromise and that it broke off any contacts around December.

"We concluded at that point that they were never serious about negotiating, and their public comments about California since then seem to underscore that point," said Stanley Young, spokesman for the state's air board.

It's the latest shot by the White House in its escalating feud with California. The Trump administration earlier in the week said it planned to cancel nearly $1 billion for California's high-speed rail project and would seek the return of $2.5 billion more. Gov. Gavin Newsom said it was political retribution for the state's role in leading a 16-state lawsuit against Trump's declaration of a national emergency to get funds for his proposed wall at the southern border.

Since it takes several years to design vehicles, automakers have been planning to meet higher mileage requirements under Obama-era standards, as well as those in other countries.

For now, "essentially the industry is ignoring what Trump wants to do," auto-industry analyst Sam Abuelsamid of Navigant Research said. "We know at least until this thing gets settled in the courts, we have to deal with California and the other states and have product that can sell there as well as products that can sell overseas."

Kathleen Ronayne in Sacramento contributed to this report.

Estonians kick off online voting for March election
Balloting has started for next month's general election in Estonia, a day after Microsoft warned that hackers linked to Russia allegedly had targeted democratic institutions in Europe

More than 150 IS militants handed over to Iraq from Syria
Iraqi security official: US-backed Syrian militia fighting IS in Syria hands over more than 150 Iraqi militants to Iraq
Associated Press (AP)

The Latest: Chicago's top cop blasts noose symbolism
Chicago's police superintendent says that as a black man who has spent his entire life in the city and knows its racial divides, he doesn't understand how anyone, especially a black man, could use the symbolism of a noose to make false accusations

Why do zebras have stripes? Perhaps to dazzle away flies
Zebra stripes are dazzling, particularly to flies and scientists say that might be the answer to how zebras got their stripes
AP National News

The Latest: Police: Smollett and brothers had many calls
Chicago's police superintendent says investigators have phone records that show there were extensive communications between Smollett and two brothers before and after he says they helped the actor stage an attack against himself last month

The Latest: Police: Smollett paid brothers with a check
Chicago police Superintendent says that among the evidence investigators have that "Empire" actor Jussie Smollett staged the attack against him is a $3,500 check he allegedly paid two brothers to help him

Get hip to this: Paris wants Olympic debut for breakdance
The organizers of the 2024 Paris Olympics want to add breakdancing to the games, which would be a first for the dance sport that came from the streets of New York
Top General short headlines

Stocks head lower, threatening to break a winning streak
U.S. stocks are headed lower in midday trading, putting the S&P 500 index on pace for just its fourth decline this month 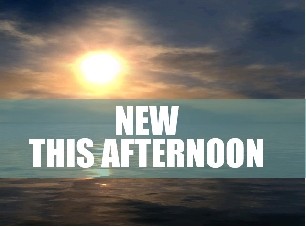 Estonians kick off online voting for March election
Balloting has started for next month's general election in Estonia, a day after Microsoft warned that hackers linked to Russia allegedly had targeted democratic institutions in Europe
By The Associated Press

More than 150 IS militants handed over to Iraq from Syria
Iraqi security official: US-backed Syrian militia fighting IS in Syria hands over more than 150 Iraqi militants to Iraq
By The Associated Press

Why do zebras have stripes? Perhaps to dazzle away flies
Zebra stripes are dazzling, particularly to flies and scientists say that might be the answer to how zebras got their stripes
By The Associated Press