FILE - In this Sept. 21, 2018, file photo, Mike Starkey offloads soybeans from his combine as he harvests his crops in Brownsburg, Ind. Farmers already reeling from low prices and uncertainty amid the nation's trade dispute with China are welcoming a decision to delay a deadline for federal aid because of the partial government shutdown. Secretary of Agriculture Sonny Purdue on Tuesday, Jan. 8, 2019, announced the Agriculture Department would extend a Jan. 15 deadline for farmers to apply for payments to offset losses they incurred due to the trade dispute. (AP Photo/Michael Conroy)

DES MOINES, Iowa (AP) — Farmers already reeling from low prices and uncertainty amid the nation's trade dispute with China are welcoming a decision to extend a deadline for federal aid because of the partial government shutdown.

Secretary of Agriculture Sonny Purdue on Tuesday announced the Agriculture Department would extend a Jan. 15 deadline for farmers to apply for payments to offset losses they had incurred due to the trade dispute, which led to new tariffs that lessened demand and lowered crop prices. About $9.5 billion in direct payments have been set aside for growers of soybeans, corn, wheat and other commodities.

Many farmers already have received the first of two payments to offset some of their losses, but others haven't been able to apply for aid because snow and rain delayed their harvest. Farmers can't apply for federal payments until they can specify the size of their crop. It's unclear how much of the federal money has been spent.

"People didn't have time to get all this done, and then the government shutdown happened," said John Newton, chief economist with the American Farm Bureau. "This is very, very welcome."

Farmers can apply online for the aid, but Purdue noted they couldn't complete the application because the USDA's Farm Service Agency has been closed since Dec. 28. Under Purdue's new order, the application deadline will be extended by an equal number of days to the business days the government was partially closed.

Newton said the shutdown also meant growers who had questions about the process couldn't reach out to USDA employees.

"I've been waiting 19 days to get a call returned from the USDA," Newton said.

"Farmers who haven't been able to apply for trade assistance would've missed the deadline through no fault of their own," Grassley said in a statement. "It's worth recognizing that farmers applying for assistance in the first place are hurting because of a trade war they didn't start."

The government shutdown comes as farmers were already enduring a fifth year of low prices even as the cost of land, fertilizer, chemicals and seed have remained high, leading to a drop in net income. As they make plans for this year's crop, farmers have been left guessing about the market and other issues because the shutdown has forced the USDA to delay the release of crop reports providing key information about global demand.

Brian Duncan, a farmer and vice president of the Illinois Farm Bureau, said the trade dispute and shutdown are difficult for growers, but most are taking it in stride.

"Farmers generally are pretty level-headed and used to being thrown some curve balls," Duncan said. "As we get closer to planting season, their patience will ebb." 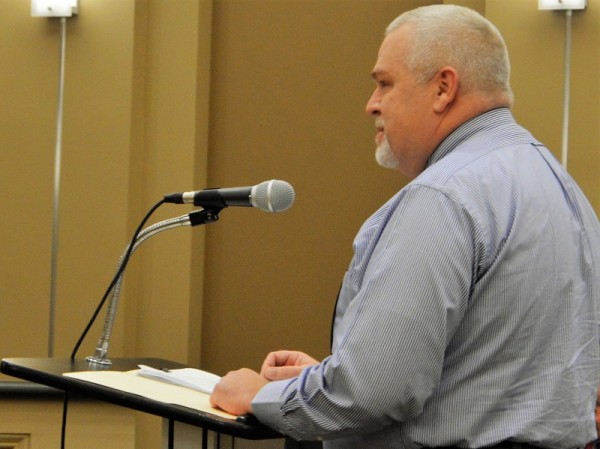 Comatose woman who had baby is hospitalized, police say
Authorities say an Arizona woman in a vegetative state who had a baby after she was sexually assaulted at a long-term care facility is recovering at a hospital along with her child
Associated Press (AP)

APNewsBreak: Au pairs win $65.5 million deal in Denver suit
Young people from around the world who have provided low cost child care for American families will share in a proposed $65.5 million class action settlement with the companies that bring the workers to the United States

Dutch, Japanese PMs offer to help save imperiled Brexit deal
The prime ministers of Japan and the Netherlands offer help to prevent a Brexit without a divorce deal between UK and EU

President calls on Mexicans to help in battling fuel thefts
Mexico's new president is calling on his countrymen to help battle against fuel thefts, as long lines spread to gas stations in Mexico City

Global stock rally builds after US-China trade talks
US stocks were on track for their fourth straight gain Wednesday and stocks around the world added to their early 2019 rally after negotiators from the U.S. and China extended their round of trade talks to a third day

Global stock rally builds as US-China trade talks wrap up
Stocks around the world built on their early 2019 rally Wednesday after negotiators from the U.S. and China extended their round of trade talks to a third day

UK lawmakers rebuff May as she tries to salvage Brexit deal
British Prime Minister Theresa May has brought her little-loved EU divorce agreement back to lawmakers, who appear determined to thwart her plans
AP Business - Economy

Pompeo, in Iraq, seeks to reassure Kurds on Syria withdrawal
Secretary of State Mike Pompeo sought to reassure U.S.-backed Kurdish forces in Syria that they will be safe after American troops withdraw from the country

One dead, four injured in Lawrenceville crash
An investigation is underway after a single-vehicle crash in Lawrenceville killed a woman and injured four other people, including two children.
By AccessWDUN Staff

Hall County School Board to study ways to curb student vaping
Hall County School District officials said this week they've had great success in reducing tobacco use among their students, but now there's a new enemy attacking the health of public school teens and they want to stop it as quickly as possible.
By B.J. Williams
Privacy | User Agreement | Contact | Advertise With Us
2020 © Jacobs Media Corporation. All rights reserved. EEO Report. Website by Full Media
Login / My Access
close
Search