Cindy McCain made the statement on Twitter minutes before Arizona's Republican Gov. Doug Ducey was due to make the formal announcement.

Kyl, a Republican, is currently shepherding Trump's nomination of Brett Kavanaugh to the U.S. Supreme Court. His appointment may make it possible for him to vote for the nomination.

He is expected to be a placeholder, not running in 2020, when voters will get to decide who fills the remainder of McCain's seat through 2022. Then the seat will be up again for a full six-year term.

Kyl will be entering a narrowly divided senate where Republicans could gain or lose seats in November.

The GOP is hoping he'll be a more reliable partisan vote than McCain, whose opposition to a partial repeal of President Obama's health care law pitched the party into turmoil last year.

The choice will also have political consequences for Ducey. He's up for re-election this November against Democratic challenger David Garcia. For Republican voters who are on the fence about Ducey, a choice they dislike could cause them to withdraw their support for the incumbent or stay home on Election Day.

Kyl is a well-respected Republican in Arizona who spent 26 years representing the state before becoming an attorney and lobbyist.

He was able to avoid many of the battles with activists that complicated McCain's career and that of the state's other senator, Jeff Flake. Flake is retiring because his feud with Trump made his re-election impossible.

Filling McCain's seat marks a turning point in Arizona political history. That seat in particular has been held by two men who were heralded as giants of the Senate: McCain took the seat once held by Sen. Barry Goldwater after he had served in the House of Representatives.

McCain's office said an estimated 15,000 people came to see the late senator as he laid in state in the Arizona state Capitol for a public viewing several days after his death. Nearly 3,500 people gathered at the North Phoenix Baptist Church the following day for a memorial service where former Vice President Joe Biden spoke. 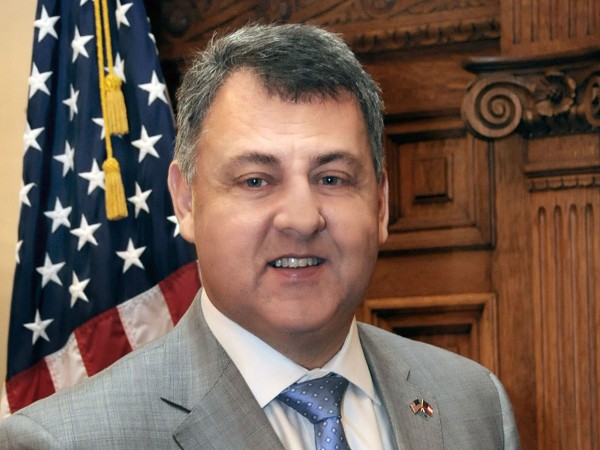 Challenge for Congress: Consider Kavanaugh, keep lights on
Keep the government running and confirm Brett Kavanaugh as the next Supreme Court justice. Those are the big-ticket items GOP leaders hope to accomplish as lawmakers look to wrap up their work and head home to campaign for the November elections.
Politics

Gordon, moving fast, aims to hit Gulf Coast as hurricane
Tropical Storm Gordon is continuing to strengthen and is expected to become a hurricane late Tuesday when it hits the central U.S. Gulf Coast, including coastal Mississippi

Kavanaugh pledges to be 'team player' on Supreme Court
Supreme Court nominee Brett Kavanaugh is promising to be a team player if confirmed to the closely divided court, declaring that he will be a "pro-law judge" who won't decide cases based on his personal views
Top General short headlines

The Latest: Feinstein questions Kavanaugh commitment to Roe
The top Democrat on the Senate Judiciary Committee says Supreme Court nominee Brett Kavanaugh fits the mold of the "anti-choice and pro-gun" nominee that President Donald Trump had promised to put forward

The Latest: Grassley rejects Democrats' bid to delay hearing
Senate Judiciary Committee Chairman Chuck Grassley has begun giving his opening statements at a hearing for Supreme Court nominee Brett Kavanaugh after being delayed for over an hour by Democrats
AP Online Headlines - Washington