Florida governor vows to keep mentally ill from getting guns

This photo posted on the Instagram account of Nikolas Cruz shows weapons lying on a bed. Cruz was charged with 17 counts of premeditated murder on Thursday, Feb. 15, 2018, the day after opening fire with a semi-automatic weapon in the Marjory Stoneman Douglas High School in Parkland, Fla. (Instagram via AP)

PARKLAND, Fla. (AP) — An orphaned 19-year-old with a troubled past and his own AR-15 rifle was charged with 17 counts of premeditated murder Thursday morning following the deadliest school shooting in the U.S. in five years.

Students thought it was just another drill at Marjory Stoneman Douglas High School when a fire alarm sounded, requiring them to file out of their classrooms Wednesday afternoon. That's when police say Cruz, equipped with a gas mask, smoke grenades and magazines of ammunition, opened fire with a semi-automatic weapon, killing 17 people and sending hundreds of students fleeing into the streets.

As reactions poured in Thursday, President Donald Trump focused on the young man's mental health, and Attorney General Jeff Sessions said he wants the Justice Department to study how mental illness and gun violence intersect, to better understand how law enforcement can use existing laws to intervene before school shootings begin.

"It cannot be denied that something dangerous and unhealthy is happening in our country," Sessions told a group of sheriffs in Washington. In "every one of these cases, we've had advance indications and perhaps we haven't been effective enough in intervening."

Republican Florida Gov. Rick Scott said he's already told House Speaker Paul Ryan that "if someone is mentally ill, he should not have access to a gun." Broward County Schools Superintendent Rob Runcie said "now is the time to have a real conversation about gun control legislation," and if adults can't manage that in their lifetimes, he said students will do it.

"What I'm asking our lawmakers to do is go back to places like Tallahassee and Washington, D.C., to give police the power," the sheriff said, to detain people who make graphic threats or post disturbing material online, and bring them involuntarily to mental health professionals to be examined.

The sheriff said law enforcement can certainly visit gun owners whose mental health is questioned, "whether they have a gun legally or not."

In a national address from the White House a few minutes later, Trump said he wanted to speak directly to America's children, saying "you are never alone, and you never will be."

He said no child should have to go to school fearing for their lives. He said he'll travel to Florida meet with victims' families, explore how to better secure schools, and "tackle the difficult issue of mental health."

At no point did Trump mention guns or how to control them.

Thirteen wounded survivors were hospitalized, including two people in critical condition. The sheriff said some bodies remained inside Marjory Stoneman Douglas High School on Thursday as authorities investigate the crime scene. The slain included a school athletic director and another adult who worked as a monitor at the school. Runcie called them heroes.

Cruz was ordered held without bond and booked into jail, still wearing a hospital gown after he also was treated, for labored breathing. The jail said he is 5-foot-7 and weighs 131 pounds.

It was the nation's deadliest school shooting since a gunman attacked an elementary school in Newtown, Connecticut, more than five years ago. The overall death toll differs by how such shootings are defined, but Everytown For Gun Safety has tallied 290 school shootings in America since 2013, and this attack makes 18 so far this year.

Trump lamented in a tweet that there were "So many signs that the Florida shooter was mentally disturbed, even expelled from school for bad and erratic behavior. Neighbors and classmates knew he was a big problem. Must always report such instances to authorities, again and again!"

Cruz legally purchased the AR-15 used in the attack about a year ago, law enforcement officials told the AP. The officials, not authorized to discuss this publicly, spoke on condition of anonymity. Federal law allows people 18 and older to legally purchase long guns, including this kind of assault weapon.

Authorities offered no immediate details about a possible motive, except to say that Cruz had been kicked out of the high school, which has about 3,000 students. Students who knew him described a volatile teenager whose strange behavior had caused others to end friendships with him.

Cruz's mother Lynda Cruz died of pneumonia on Nov. 1 neighbors, friends and family members said, according to the Sun Sentinel . Cruz and her husband, who died of a heart attack several years ago, adopted Nikolas and his biological brother, Zachary, after the couple moved from Long Island in New York to Broward County.

The boys were left in the care of a family friend after their mother died, said family member Barbara Kumbatovich, of Long Island.

Unhappy there, Nikolas Cruz asked to move in with a friend's family in northwest Broward. That family agreed and Cruz moved in around Thanksgiving. According to the family's lawyer, who did not identify them, they knew that Cruz owned the AR-15 but made him keep it locked up in a cabinet. He did have the key, however.

Attorney Jim Lewis told the AP that the family is cooperating with authorities, and had no idea he was planning the shooting.

He seemed like "just a mildly troubled kid who'd lost his mom" during the three months they lived together; respectful and quiet, but also sad because his mother had died, Lewis said.

They had "no indication that anything severe like this was wrong," Lewis said. "He totally kept this from everybody."

Lewis also said the family was not aware of any other weapons in the gun cabinet he had, and couldn't talk about how long they knew of the AR-15 because people are looking to sue them now. Photos posted in an Instagram account linked to Cruz show a half-dozen weapons displayed on a mattress and a box of ammunition.

Victoria Olvera, a 17-year-old junior, said Cruz was expelled last school year because he got into a fight with his ex-girlfriend's new boyfriend. She said he had been abusive to the girl.

"I think everyone had in their minds if anybody was going to do it, it was going to be him," said Dakota Mutchler, also 17.

Cruz was taken into custody without a fight about an hour after the shooting in a neighborhood about a mile away. He had multiple magazines of ammunition, authorities said.

The sheriff said 12 bodies were found inside the building, two more outside, and another a short distance away from the school.

Hearing loud bangs as the shooter fired, many of the students hid under desks or in closets, and teachers locked or barricaded doors.

Freshman Max Charles said he passed four dead students and one dead teacher on his way out, and was relieved to finally find his mother.

"I was happy that I was alive," Max said. "She was crying when she saw me."

This story has been corrected to fix the attribution of a quote to Dakota Mutchler, not Victoria Olvera.

The Latest: Shiffrin finally gets her gold on Olympics Day 6
American Mikaela Shiffrin finally made her Pyeongchang Olympic debut on Day 6, speeding to gold in the women's giant slalom after several days of weather delays

I, spy: New Manhattan attraction offers espionage history
Visitors to a new attraction opening in New York City can learn about the elements of spying, its history and find out what kind of spy they could be
Top U.S. News short headlines

Government says American detainee worked for IS in Syria
The U.S. says an American detained by U.S. forces was carrying thumb drives containing bomb-making files and documents describing work he did for the Islamic State group at the time he surrendered in Syria last year

Lowe's, Home Depot plan to hire at least 133K seasonal workers
Lowe's and Home Depot plan on hiring thousands of workers to fill seasonal jobs as the spring and summer rush approaches.
By The Associated Press

The Latest: Trump admin denounces new deal on 'Dreamers'
A bipartisan agreement on the status of young immigrants and a border wall with Mexico has emerged from a group of 16 senators
By The Associated Press 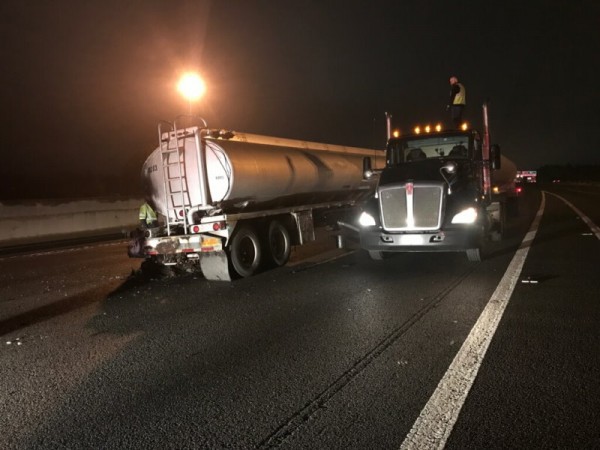 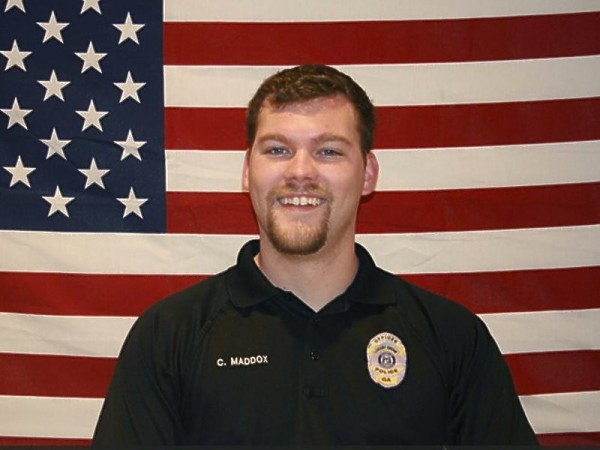