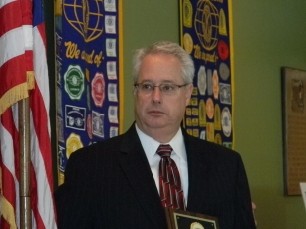 ATLANTA (AP) — Lawyers for Georgia's board of regents said Tuesday a university president failed to keep state officials informed about moving cheerleaders off the field before football games after some black cheerleaders knelt during the national anthem.

The board's legal office said in its report that Kennesaw State President Sam Olens did not advise the state's university system of the change in the pregame routine even though he had been instructed to do so.

Some cheerleaders had taken a knee at a Sept. 30 game to protest racial injustice, prompting a barrage of calls and emails from furious school boosters. The school then changed its pre-game routine, moving cheerleaders into a stadium tunnel during the anthem, and the regents announced an investigation into how the school handled the situation.

The Atlanta Journal-Constitution reports the review concluded the university didn't follow its legal guidance that cheerleaders and any other students cannot be prohibited from kneeling during the national anthem as long as the actions aren't disruptive.

The Georgia Board of Regents ordered a special review of how KSU responded to the decision by five African-American cheerleaders to take a knee during the anthem during the September game after conflicting information emerged regarding why the university decided a week later to no longer allow cheerleaders on the field during the anthem.

Olens did not immediately respond to a request for comment Tuesday. Olens, formerly Georgia's attorney general, took the helm at Kennesaw State last year. Before his appointment, university faculty and students questioned his credentials to lead an academic institution.

The university was also in the news last month after a computer server crucial to a lawsuit against Georgia election officials was quietly wiped clean by its custodians at Kennesaw State just after the suit was filed.

The server's data was destroyed July 7 by technicians at the Center for Elections Systems at Kennesaw State University, which runs the state's election system.

The lawsuit, filed July 3 by a diverse group of election reform advocates, aims to force Georgia to retire its antiquated and heavily criticized election technology.

With 35,000 students, Kennesaw State is Georgia's third-largest university and one of the nation's 50 largest public institutions.

AP source: Authorities believe border agent may have fallen
A U.S. official says investigators believe a border patrol agent who died in Texas after suffering extensive injuries to his head and body may have fallen down a 14-foot culvert

Duncan, Stockton headline college hoops Hall of Fame class
Tim Duncan and John Stockton, who became stars in college and icons in the NBA, headline the 2017 class that was inducted into the Collegiate Basketball Hall of Fame

UConn No. 1 still as Louisville moves up to fourth
The UConn Huskies are still the team to beat, remaining No. 1 in The Associated Press women's basketball poll

Top 25 Takeaways: Badgers get close-up; Cardiac 'Canes back
No. 5 Wisconsin handled its close up in a most Wisconsin way and No. 2 Miami went back to being the Cardiac 'Canes
AP Sports - College Football

AP source: Authorities believe border agent may have fallen
A U.S. official says investigators believe a border patrol agent who died in Texas after suffering extensive injuries to his head and body may have fallen down a 14-foot culvert
By The Associated Press

Big Tobacco's anti-smoking ads begin after decade of delay
U.S. tobacco companies will begin running court-ordered ads on the dangers of smoking
By The Associated Press

Nearly half of US cancer deaths blamed on unhealthy behavior
Cigarette smoking, over-eating and other unhealthy behaviors can be blamed for nearly half of U.S. cancer deaths each year, according to a new study.
By The Associated Press
Privacy | User Agreement | Contact | Advertise With Us
2020 © Jacobs Media Corporation. All rights reserved. EEO Report. Website by Full Media
Login / My Access
close
Search