Mule Camp Market off and running 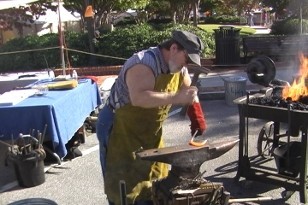 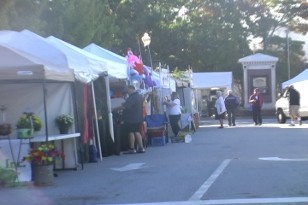 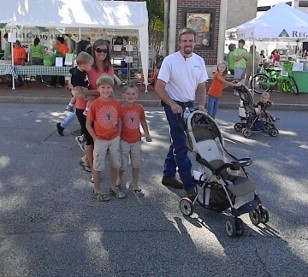 "It looks like it going to be one of the biggest festivals we've had. I'm really excited about it," Fowler stated sanguinely as the 10 o'clock start-up time crossed his watch.

Fowler said there were already 190 vendors/exhibitors on site and that, "there are still a few rolling in."

The Gainesville Jaycees took over operations of the festival in 1993 and changed its name from Corn Tassel Festival to Mule Camp Market, reflecting the historic name of Gainesville dating from the early 19th century. Since 1993 Mule Camp Market has grown prodigiously; this year the Jaycees predict over 75,000 visitors to the three-day event.

Hoke Shirley of Tiger, Georgia, occupied a kiosk at the edge of the Marketplace periphery, but he said, "That's perfect. The quiet and solitude allow me to talk to folks. I can't believe I get to spend the day talking to folks about what I love."

Shirley has written an historical-fiction novel about Appalachian life in Rabun County during the 1950's. Although a consultant by trade, Shirley loves the lore of north Georgia and decided to open a booth at this year's Mule Camp Market and, "talk to folks, hopefully learning from some of them about life in this area. And, who knows, I might even sell a book or two!"

Tony Mullins and Lloyd Hendricks are blacksmiths. Their booth was the polar opposite of Shirley's; their booth was on the Square at the epicenter of activity.

But despite the clamor and din of the nearby bandstand and food court, the sound of hammer striking anvil was unmistakable. Their coal fire, stoked by a hand-cranked blower, soon had half-inch iron bars glowing orange and ready for forming.

Thirteen year old Michael Dudley of Dawsonville was mesmerized by the sparks that flew from the heated rods as they were fashioned, one powerful hammer blow after another. When asked what he found most fascinating, Dudley replied, "When they're hammering the metal."

But even Dudley was taken aback when the bent and glowing ingot was immersed in a bucket of cold water. The explosive "hiss" caused him to smile broadly, mouth fully agape.

Blacksmith Hendricks chuckled, saying that his hobby had now become a part-time job. "Yeah, a full-time hobby; probably 20-to-30 hours a week," Hendricks offered as he explained that even in our high-tech culture a good blacksmith still has a place.

Kevin and Joanna Pethel of Gainesville are regulars at Mule Camp Market. Browsing the various vendor booths, their three young sons in hand, Ms. Pethel agreed that Mule Camp Market is a great place to bring the whole family, "I just like to walk around and see what there is to see. Usually we're here for about two hours."

The Market runs through 5PM Sunday. Admission is free and there is ample parking at the Georgia Mountains Center parking deck, located just off Jesse Jewel Parkway. 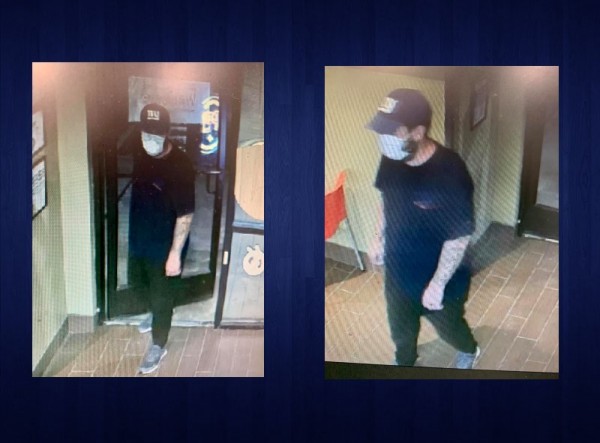 Armed robber strikes two Commerce businesses
Two armed robberies in Commerce now have authorities looking for the suspect they believe is responsible in both incidents.
By Kimberly Sizemore 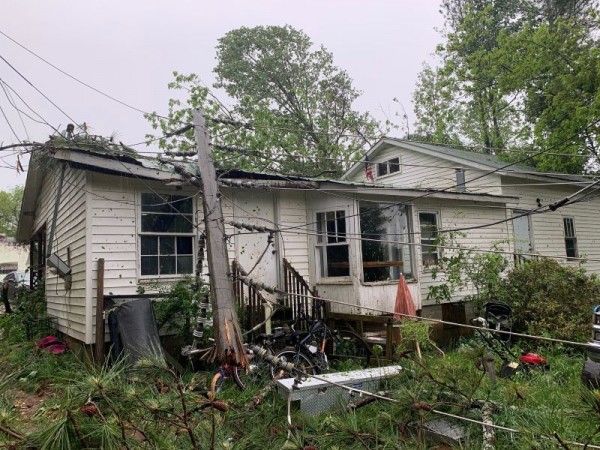 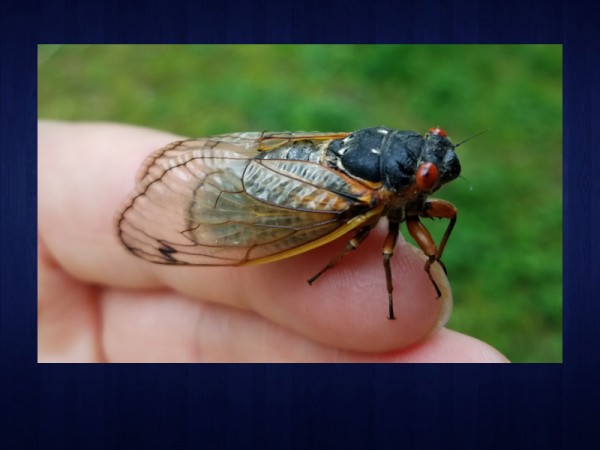 Cicada Brood X begins to emerge in North Georgia
If you live in North Georgia, you may have begun to see little black cicadas emerging from the ground in great numbers in recent weeks – these are called periodical cicadas, and they are a part of Brood X.
By Austin Eller 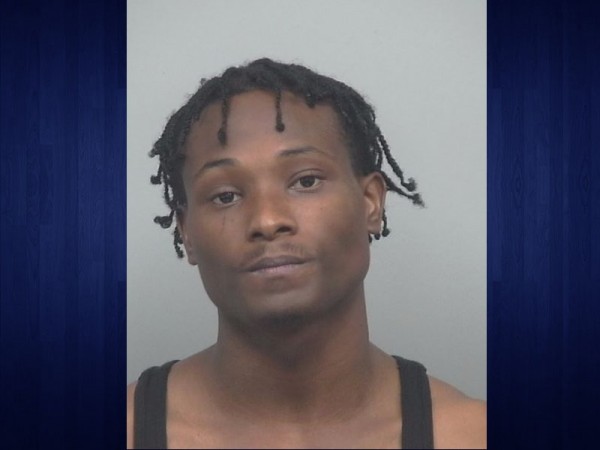